Layton: Diabolical Box in HD is a remastered version of the second installment in the original Professor Layton puzzle-adventure trilogy, and it just landed on Android for $9.99. This enhanced version brings a few changes. You can expect remastered graphics, 150 extra puzzles, and new voiced sections as well as new animated cutscenes. Suffice to say Layton: Diabolical Box in HD is the most up-to-date version of the title currently available.

The short gameplay trailer above should give you a good idea of what to expect from Layton: Diabolical Box in HD. Much like the first title in the series, you'll spend your time investigating crimes by interacting with townspeople. These interactions will often lead to a puzzle that requires solving before you can unlock a new clue and move on with your case. The highlight of the game is, of course, the gorgeous hand-drawn art and the enthralling murder-mystery story, though many of the puzzles can be quite challenging, which adds a balanced layer of complexity to this story-driven game.

Much like its predecessor, Layton: Diabolical Box in HD is a premium title, which means there are no advertisements or in-app purchases included with the $9.99 price tag. Because this is a remastered mobile release, you can expect to play using touch controls in portrait (though videos can be played in landscape), and despite the game's (handheld) console beginnings, there's no controller support. Cloud saving is included, but you will have to link a Level5 ID to the game to gain access to your save on a different device. 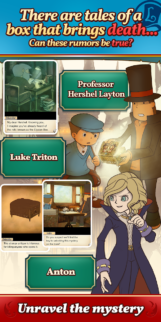 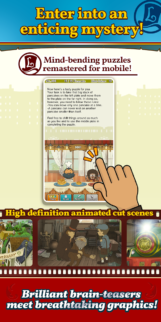 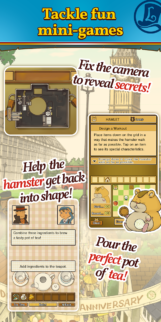 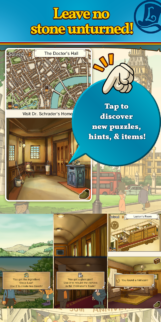 It would appear that Level-5 is committed to bringing the original Layton trilogy to mobile. We already received the first game in the series back in September of 2018, and today's release of Layton: Diabolical Box in HD means we are only one title away from completing the original series on Android. While there's still no word if Level-5 will bring Unwound Future to the Play Store, after today's release I'd say there's a good chance. 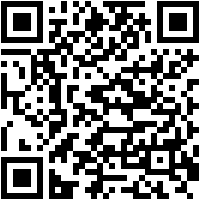 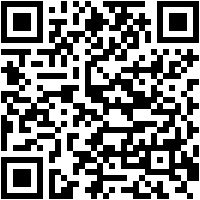