Today, Google announced it was giving up on tablets... again. I have never been a cheerleader for Google's tablets. I have never been very happy with its primary tablet platform. And I found its first tablet in three years to be a fairly massive disappointment. So, you'd think the news today that Google is, once again, killing its tablet hardware division would be of little consequence to or face much disagreement from me. After all, the Pixel Slate was a flop, likely sold poorly, and Google even cancelled the entry-level models because they were just that bad. Nothing here says success.

In many ways, the story of Google and tablets today feels just as it did when Andy Rubin unveiled the XOOM almost nine years ago: disorganized, incomplete, and remarkable mostly for being a well-documented failure. Google and tablets seem almost preternaturally destined for heartbreak. And yet, I believe that's a big part of the reason it must continue to pursue this ostensibly fruitless enterprise, one that I think is important to Google as a company.

As with every Google tablet before it, software was the real letdown for the Pixel Slate.

Google has never been a leader in device sales. At its peak, I suppose the Nexus 7 cornered the small tablet market, but the small tablet market basically died (except for kids), and so there really wasn't much to corner anymore. Google's large tablets - the XOOM (Motorola-made, but Google software), the Nexus 10, the Pixel C, and the Pixel Slate - were all duds. Android apps never looked right on large, wide-aspect displays, and the ecosystem of applications and content never emerged. The Pixel Slate was by far the most productive tablet Google ever built owing to the switch to Chrome OS, but a relatively high price, wonky Android app behavior, and half-hearted optimization of the OS for a touch-only form factor kept it well short of being a product worthy of recommendation. As with every Google tablet before it, software was the real letdown for the Pixel Slate - but it was a letdown to learn from. Google is now telling us that is choosing, as it did with the Pixel C, not to learn, but instead to give up. I can't see how that's a good idea. 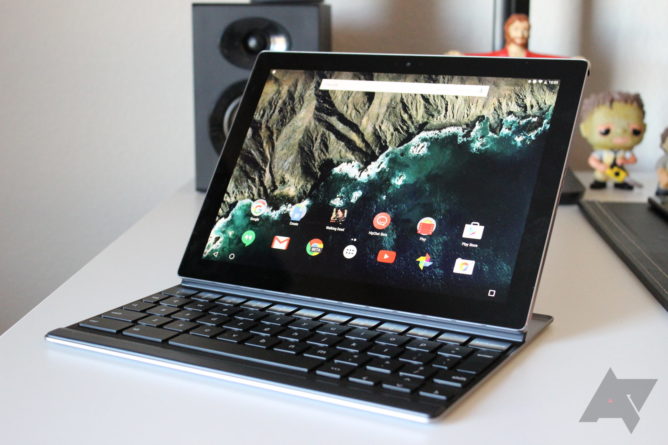 The Pixel C was a far less capable tablet than the Pixel Slate, if one that ran apps a little better.

If Chrome OS is to develop into the basis for Google's multi-form factor, flexible, lightweight operating system, it needs to actually be good on multiple form factors. While I realize diehards want Android on their tablet, that means those diehards aren't actually interested in an iPad Pro or Surface Pro competitor, they're just interested in a big screen that runs apps and plays movies, and that's an absolutely pointless product for a company like Google to build. Samsung actually does build it, and you can buy it. The Pixel Slate does run apps and does play movies, people just didn't like that it didn't cost $299, because it was not a product as narrow in its focus and as unambitious in its scope as a simple, dumb content portal with notifications. We've tried that, for like, almost a decade. It doesn't work, people don't buy them, and they're exceedingly bad at the kinds of things iPads tend to be very good at in addition to being dumb content portals with notifications (and ones with much more content, at that).

Unlike Android, Chrome OS has a resume that actually looks like that of a serious, flexible operating system. It's easy to administer in enterprise and education environments, it's extremely lightweight, highly secure, updated centrally, and completely free of meddling and bloatware from manufacturers. When support for Android apps was added, it really looked like Chrome OS was going places - issues with notifications, scaling, performance, and stability in those apps would surely be ironed out. That was in 2016. Those issues remain real today, and using Android apps on Chrome OS is—if I'm be to diplomatic about it—a less than fantastic experience.

By giving up on tablets, Google is essentially saying it doesn't want to fix the hard problems running software designed for touch—and a completely different OS— inside a point-and-click operating system the Pixel Slate laid bare for the world to see. It's saying tablets are too much of a bugbear to be worthwhile, and that it would rather just decide Chromebooks are laptops first and that full-touch functionality is a pleasant little "hey, we thought of that, kinda!" add-on to the experience. It's a problem Microsoft has been dogged with on Windows for years. But Google started in a far, far easier place: the web is increasingly touch-optimized, and with the Play Store, Chrome is able to pull from a massive bucket of apps that are explicitly designed for touch. Why, then, is Google deciding that a device which prioritizes these experiences isn't worthy of its time and efforts? It seems far too early to throw in towel, even if Google's first round in the ring was an admitted bloodbath.

Without a new tablet to iterate on, I find it hard to believe Google is going to meaningfully iterate Chrome's tablet functionality

No one is saying a Chrome tablet will sell well, and no one is saying it has much of a chance of legitimately taking on the iPad Pro or Surface Pro. Both products are highly competitive and rich in features and software Chrome OS simply cannot run today. But if Google shifts its focus back to Chrome OS as a laptop-first experience, it will inevitably deprioritze the non-laptop parts of that experience. If anything, today's news makes me yet more fearful that Android apps will remain second-class citizens on the platform forever, unable to realize their full potential. Have you tried to use Lightroom CC on a Chromebook with a mouse pointer? It's an absolute nightmare. It makes me think that Google believes that the only solution to these problems is to ride out another decade of evolution of the web, kicking the proverbial can down the road to tools and connectivity that don't yet meaningfully exist. But Chromebooks didn't get to where they are in 2019 by waiting, they got there by consistently iterating and expanding features (like the upcoming virtual desktops) that grew the platform into a capable, serious operating system. Without a new tablet to iterate on, I find it hard to believe Google is going to meaningfully iterate Chrome's tablet functionality.

It wouldn't be the first time Google's given up on tablets, and I get the sense that, in the long run, it won't be the last. 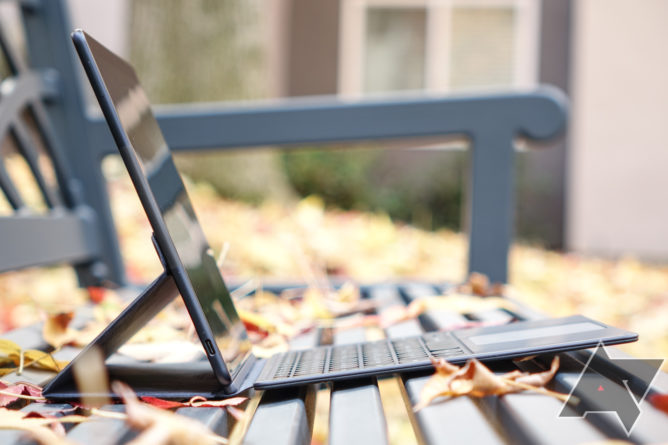 [Update: Confirmation] Report: Google gives up on making its own tablets

[Update: Coming back online] It's not just you: Netflix is down right now for many