The XZ3 is pretty well-equipped in the specs department. It has a 6.0" 1440p OLED display, a Snapdragon 845, 4GB of RAM, 64GB of storage, and a 3,300mAh battery. The rear camera is a 19MP "Motion Eye" unit capable of 960fps slow-motion capture, and the front-facing unit is 13MP. Our own Scott reviewed the XZ3 back in September and found it to be much improved over the previous XZ2, though he expected more from the camera and battery life. 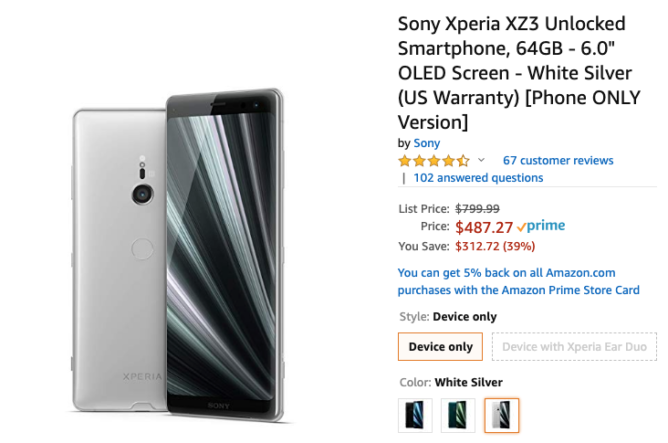 At the $799.99 MSRP, the XZ3 just couldn't compete with flagships from companies like Google, Samsung, OnePlus, etc. It's been hovering around $600 for a few weeks now, but this price of $487.27 is the lowest we've seen thus far. That number is for the White Silver colorway; the black version is a few cents more at $487.56, but unfortunately, the Forest Green model isn't discounted (or even available at all). Prime shipping is free.