Oddly, the One Action seems to share most of its specs with the already announced One Vision. Both phones have 6.3" 1080p displays in 21:9 aspect ratios, the octa-core Exynos 9609 processor, similar RAM and storage configurations offered, and a 3,500mAh battery. And of course, they're both Android One phones. 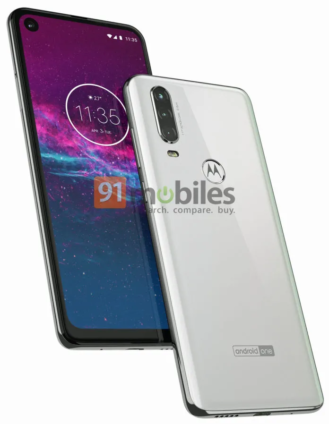 Where the phones differ, though, is in the camera department. While the One Vision goes for the maximum megapixel approach (48MP!), the One Action instead takes the maximum amount of sensors route. We don't know the full details on each, but the primary sensor comes in at 12.6MP, and one of the other two is a 117-degree wide-angle unit that'll be branded as "Action Cam." The front-facing camera is also 12.6MP, presumably the same sensor as the rear. 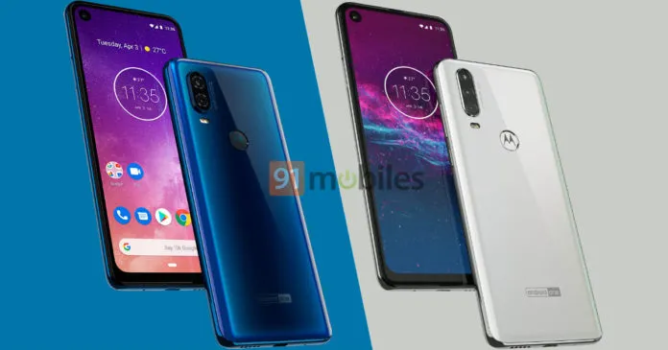 There's no information on pricing and availability just yet, but we do know that the phone will come in at least three color options: blue, gold, and white. A Motorola One Pro is reportedly also in the works, though we haven't heard any details on that just yet.

We already got to check out some of the different Motorola One Action color options from the initial leak, but only got to see the phone in that one pose. Now our picture of the phone is beginning to develop a little further with the release of a new render featuring another angle.

While again showing off the One Action in blue, this time we also get to see the top of the handset, appearing to confirm the presence of an analog headphone jack. 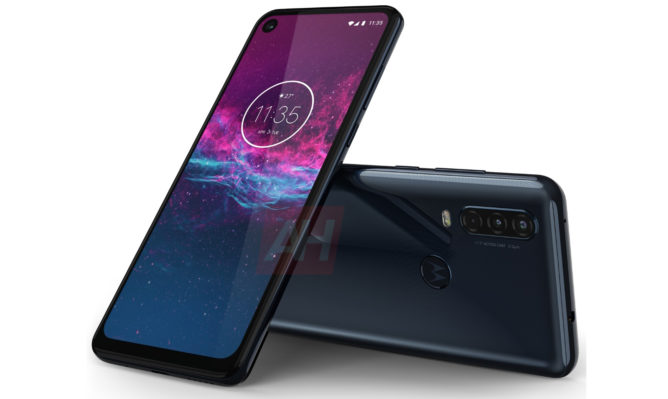