With over two million applications in the Play Store, there are bound to be a few bad apples here and there. However, the creatively named "QR Code Reader-Barcode scanner & QR Code Scanner" might be one of the absolute worst apps in the entire marketplace. At over one million installs, there's a lot of dirty money in play if even a small fraction of people were defrauded out of roughly $100 each.

On the surface, this QR code reader app by developer "QR Code Master" seems about as innocent as apps come. It even claims to protect you against malicious URLs, but it's not nearly as helpful as it sounds. According to reviews from the past few months, there's a clear consensus of dissatisfaction (aside from the not-at-all suspicious handful of one-word 5-star reviews). The complaints in general began in early October 2018, with reviews before then complaining about full-screen ads infiltrating every nook and cranny of their phones — an issue that seems to still be prevalent for many.

Looking at reviews, many people were reportedly charged the ~$100 even after cancelling before the trial period ended. Some claimed that they'd never even accepted the subscription in the first place and were still charged. Others stated that the app bombarded their phone with ads, with some even saying that it sent up to 15 notifications per day with bogus things like "test 6321." There are also a ton of pretty obviously fake reviews; the one above, for instance, is somehow the second-most thumbed-up review on the entire listing.

I decided to give the app a shot to see what all the hubbub was about. Upon opening it for the first time, I was greeted with the loading animation for half a second, and then a prompt with "3-DAY FREE TRIAL" immediately popped up. I have to admit that the $95.99/year text was bigger than I'd anticipated, though that doesn't make the situation much better. Clicking the "x" at the top right triggers a popup asking "Why don't you try?" Closing that prompt finally brings you to the app itself. I then decided to uninstall it before being spammed by popups, ads, or ridiculous notifications.

Unsurprisingly, the app itself is otherwise unremarkable. If I had to choose, I'd have to say that my favorite part is the popup begging for 5 stars. I'm assuming there's a limit to the number of QR codes you can scan per month before shelling out the exceedingly reasonable $95.99 per year, though I didn't see it mentioned anywhere. However, I also wouldn't be surprised if none of the features were paywall-locked at all and the developer were just banking on people entering the free trial by badgering them with popups and reminders.

By not performing any kind of sanity checks on app subscription rates, Google is being negligent and costing affected customers a ton of money. This inattentiveness has caused one of the simplest apps to design to become the #18 top grossing tool app on the Play Store. It's somehow ahead of well-known apps like TunnelBear, McAfee, and AVG. Of course, "QR Code Reader-Barcode scanner & QR Code Scanner" isn't the only app of its kind — in fact, it's not even the only QR code app of its kind — but Google needs to change its policies to prevent this sort of scam from occurring. It should also issue refunds to those charged, but the odds of that happening don't seem good.

If you want to help with this matter, hit the app widget below and report this to the Play Store. We can't help those who already had money taken from them, but maybe we can prevent more money being extracted from others. 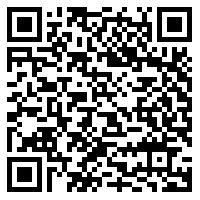 DoodleLens brings your silly drawings to life in AR