Square Enix made a couple of mobile game announcements during its 2019 E3 presentation, and out of everything mentioned the news that Final Fantasy Crystal Chronicles Remastered Edition would be coming to mobile was easily the most significant. For those that are unfamiliar with this title, it was originally a Gamecube RPG released in 2003. The upcoming remaster cleans up the aging graphics and adds in a new multiplayer mode where you can team up with your friends online. Square Enix has provided a tentative "winter 2019" release date, though pricing is yet to be confirmed.

Ubisoft revealed Tom Clancy's Elite Squad during its E3 presentation, and it looks like the game will collect a bunch of different icons from Ubisoft's Tom Clancy titles. So if you'd like to play through a strategic military RPG that stars characters from Ghost Recon, Splinter Cell, The Division, and Rainbow Six, then you'll want to keep your eyes peeled for further news about this upcoming release. Luckily pre-registration for the title is currently available through the official Tom Clancy's Elite Squad website if you'd like to receive further news in your inbox.

Okay, since Square Enix saw it as appropriate to show off both Romancing SaGa 3 and SaGa: Scarlet Grace Ambitions in one announcement, so have I. To begin, Romancing SaGa 3 will offer a brand-new HD remaster that comes with a new game+ mode, and SaGa: Scarlet Grace Ambitions provides an enhanced version, though no further details are currently available. This means much like the other listings in this roundup the prices and release dates for these two games are still unknown. At the very least it's nice to see Square finally bringing both of these titles to the West.

Commander Keen comes from Bethesda, to be more exact, it comes from ZeniMax Online Studios (a subsidiary of ZeniMax Media, Bethesda's parent company). Sadly the card-based strategic gameplay displayed in the trailer below offers very little that's similar to the original games in the platforming series. So far no release date has been mentioned, but what is known is that this will be a free-to-play release, and despite the familiar name I doubt fans are going to be eager to play this one if the thumbs-down ratio on that trailer is anything to go by.

Android Police coverage: The cutesy Gears of War mobile game no one asked for is now open for pre-registration

We've known about Gears Pop since Microsoft's announcement during E3 2018, and this year the company has released more details while publishing a pre-registration listing that just arrived on the Play Store. The strategic gameplay of the title will revolve around collecting Gears of War characters displayed in a familiar Funko Pop style. The goal is to build a powerful team to take on your many enemies, though it does sound like this upcoming release will essentially exist as a casual gacha game. We still don't know when it will be released or how it will be monetized, though all the tell-tale signs of a free-to-play title are difficult to ignore.

The last announcement in the Square Enix E3 showcase was for War of the Visions: Final Fantasy Brave Exvius. This is a game that was already announced for a release in Japan, but now we know the title will be coming to the West with an English translation in tow. The release will serve as an offshoot of Final Fantasy Brave Exvius, though the trailer doesn't actually show much of the gameplay until the last few seconds. From what is shown, it seems clear that this will exist as a strategic RPG in the same vein as Final Fantasy Tactics. No pricing has been announced, and we still don't know the global release date either, though it does appear as though we are inching closer to the official launch.

Sonic at the Olympic Games - Tokyo 2020 is a mobile game announced by Sega that appears to resemble the upcoming console title Mario & Sonic at the Olympic Games Tokyo 2020. An official website is up, and you can subscribe to email updates from that site to receive information about its development. Short of the trailer linked below and the website I already mentioned, Sega hasn't detailed much about the title. We do know that it will land in the Spring of 2020, though there has been no mention of the planned monetization.

Telling Lies may not be a game that's on everyone's radar, but if you've played through any of the developer's previous titles (Her Story and Silent Hill: Shattered Memories), then you'll know that this is a release to look forward to. Much like Her Story, this is a full-motion-video game. The gameplay should offer an investigative thriller where you'll sit in front of an anonymous laptop that contains a stolen NSA database full of footage. You'll use this footage to slowly piece together the game's story, which should make for some gripping non-linear storytelling. A release date or pricing has yet to be revealed.

Netflix has announced its next Stranger Things game. So far, we know it will land as a free-to-play release and that it will use location-based mechanics through Google Maps integration. The title is being developed by Next Games, who already have some experience with such mechanics. It's the same studio that produced The Walking Dead: Our World, so I fully expect this Stranger Things game to play similarly, though we'll have to wait for further news to know for sure. 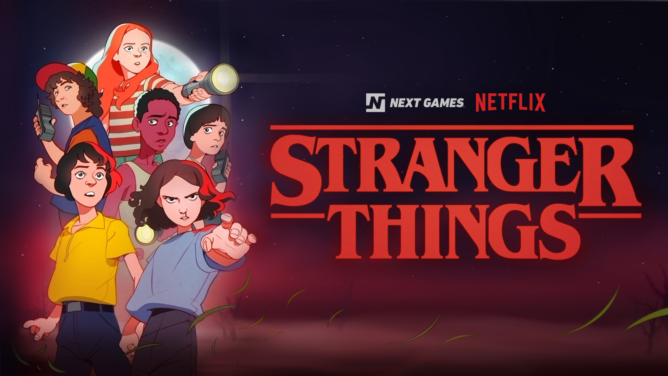 Alright, Mosaic: BlipBlop is my last game for today's E3 roundup, and it's more an honorable mention listing since the title is already available on the Play Store. Really what this is, is a tie-in promotional release for an upcoming console game called Mosaic, and I've included the trailer for that game as it stars BlipBlop as part of its story. While I can't say the minimal idle gameplay of this mobile release offers anything special, it's still pretty cool that the devs have designed the story of Mosaic to feature a tie-in mobile game that can be played in real life. Now that's how you advertise a game in an interesting manner. 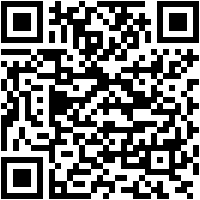 And that wraps up our E3 roundup. There are definitely a few intriguing games in this list, though I have to say I'm mainly excited for the release of Final Fantasy Crystal Chronicles Remastered Edition this winter. While I'm sure more than a few of these titles will find monumental success, the appeal of a premium RPG easily overshadows the free-to-play titles. Of course, I'm sure there are those of you that would disagree with me, so if you feel there are better games in this roundup, sound off in the comments below.

Lighten up your yard with this 3-pack Philips Hue White and Color Lily outdoor lights for $244 ...