TVs are getting cheap. It wasn't long ago that a 4K number would set you back thousands of dollars, but now, medium-sized sets can be had for just a few hundred, and huge ones — well, they're still often more than a thousand, but not necessarily multiple thousands. If you're aspiring to upgrade on a budget, it's a great time to take a look at TCL's 6 Series TVs, which are currently available for historic lows. 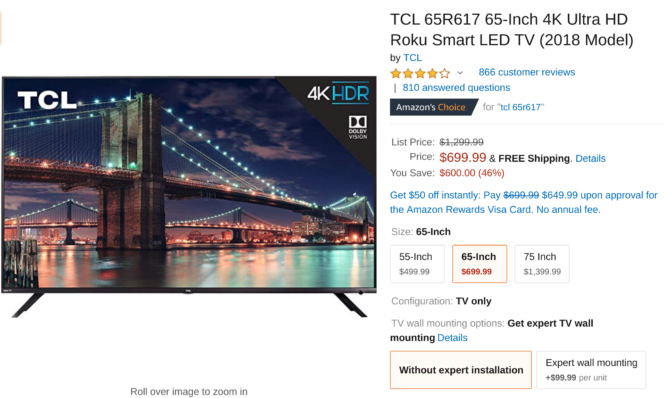 Personally, I think the 65-inch is the best value.

If you're married to a huge screen but don't want to spend as much, the 75-inch 4 Series is down to $899.99, a savings of $100. It's got a lot of similar features, but lacks some of the higher-end flourishes like local dimming.

Google Pay Send shutting down P2P transfers in the UK, but possible replacement in the works