Following the teaser image published by Google yesterday, the Pixel 4 has now been caught in the wild, giant square camera module and all. It's not uncommon for prototypes of unreleased phones to be photographed — the Pixel 3 XL was found in a Lyft and the Galaxy S10+ seen on a bus, for instance, but this is very early for the Pixel 4 to already have been spotted in person. 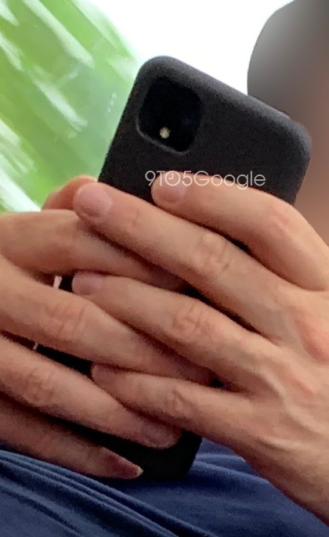 The images, published by 9to5Google by way of an anonymous tipster, were snapped in London. The tipster was only able to get two photos, but he/she did get a peek at the front and said that the top bezel did seem quite large. It is also believed to retain the two front-facing cameras from the Pixel 3 lineup. The phone seems to be encased in one of Google's fabric offerings, which we're not surprised (and glad) to see return for the fourth-generation Pixels.

According to a Verizon marketing schedule leaked yesterday, the Pixel 4 is still on track for an October release. We're sure we'll see/hear more about the phone in the next four months, though.