This may shock you, but the Moto Z4 is the latest phone from Motorola. Yes, you probably already know that after Amazon accidentally launched the phone early, but it's official now. This device represents the merging of the Z and Z Play lines with its Snapdragon 675 SoC, a step down from the 800-series chips used in past Z-series phones. There's a strong Verizon tie-in here, but it's not exclusive to Big Red.

Everything you saw in the Amazon leak the other day was dead-on; here's the full spec sheet.

The 6.4-inch OLED goes almost completely edge-to-edge, and there's a small water drop notch at the top for the selfie camera. You also get an in-display optical fingerprint scanner, saving Moto from placing it in weird locations as it did with the Z3. 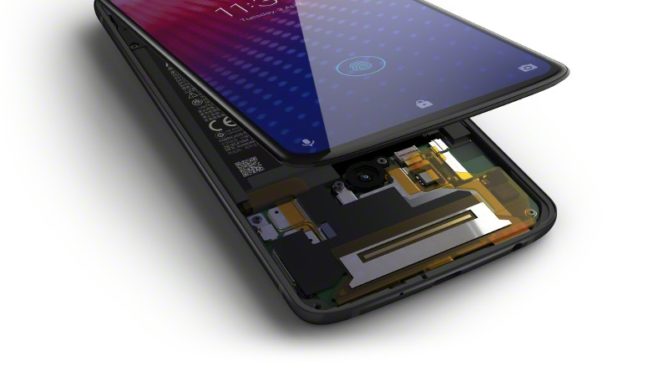 Motorola believes the Mod connector is still a selling point, and the Z4 will come with a Mod in select configurations. All the Mods released since the original Moto Z still work with this phone, but there are no new Mods. The original Moto Z also took away the headphone jack, but the Z4 brings it back.

For a limited time, the Moto Z4 will be available on Verizon for just $240 ($10 per month for 2 years) with new activations. It supports the 5G Mod, and Verizon will sell you one of those for an additional $200. The unlocked version (including Alexa integration) will cost $499.99 at Best Buy, Amazon, and other retailers. That comes as a bundle with the 360-degree camera. The phone goes on sale June 13th at Verizon. The unlocked model goes up for pre-order today and ships on June 6th.

June 6 is upon us, and the Moto Z4 is finally available for sale.

The #motoz4 is on sale now! Not only do you get an incredible camera with Night Vision mode, but you get up to two days of battery life and TurboPower™ charging. And you can't beat the price. https://t.co/avcdSLNo6K pic.twitter.com/dEG6xM8N9l

Well, that's the official word, anyway. Clicking through to Motorola's site still gives visitors a pre-registration message, but that should be changing any moment.

While Moto Z4 orders through Motorola opened up a week ago, we're guessing that the majority of sales are going to come down through Verizon, and we've been waiting for the carrier's availability to get underway. That's finally happening today. We'll leave whether or not to also pick up a stylus for the phone up to you.

It's time to bring your smartphone up to speed! The new #motoz4 is on sale at Verizon today! You can get on the fastest network ever with the #5G moto mod. #hellomoto https://t.co/1PHC3EMGn9 pic.twitter.com/WL9BJyDoCd