Google recently announced that the link between Drive and Photos is going away in July, saying that many users find it confusing. Thus, the company leaves us without a simple solution to see our backed up images right in Drive. Thankfully, as is so often the case, there's a third-party app that can do a similar job for us. Autosync for Google Drive could fill in the gap for some users going forward, although it comes with its own limitations.

First off, the app isn't meant as a picture-perfect replacement for the old integration, per se. Its stated goal is to offer a two-way sync between your phone and your Drive, essentially replicating the experience of Google Backup & Sync for desktops. 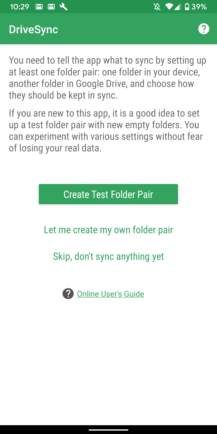 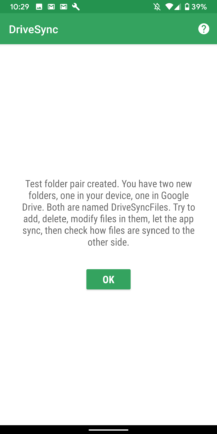 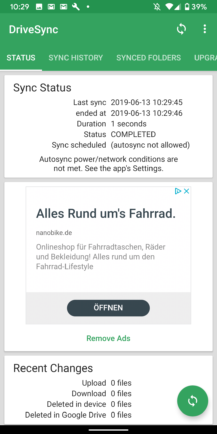 The onboarding experience with Autosync is pleasant and takes away the fear of losing all of your data in the setup process. After signing in with your Google account of choice, it actively encourages you to create a test folder to try out all the features it offers. Once you've created said new directories through a simple click, the app proceeds to explain that it created two folders, one on your phone and one in your Drive that it will sync two-way (which you can change later). After the successful setup, you're entering the app's main menu for the first time.

Here, you're presented with a plethora of information and options. You can monitor your sync status, so you always know when your files were last backed up. Scroll down, and you see an overview of recent changes and which Google account is connected to the app. A swipe to the "Synced Folders" tab lets you take a glance over which folders are in equilibrium. Tap them, and you can choose different paths for each. There are also options to sync in only one direction, exclude or delete subfolders, and select files to back up by name patterns. 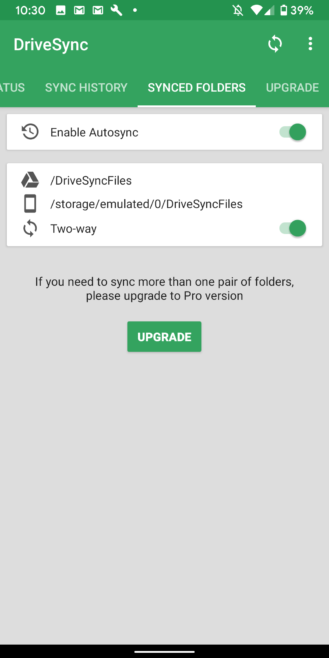 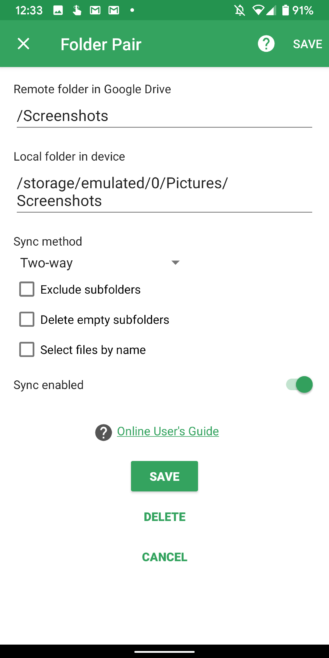 Back in the main menu, a tap on the FAB or the sync symbol in the menu bar forces a sync outside the schedule. And yes, in contrast to Google Photos and Drive, there's a predefined schedule. When you head to settings via the three-dot overflow menu, you have the option to change the default sync interval to many values between five minutes and 24 hours. Additionally, you can have it only sync when your device is plugged in; an ability Google Photos lost early on.

Among these options, there are even more advanced settings to be found. You can change upload and download limits, exclude name patterns, switch to a dark theme, use another language, and add a passcode or fingerprint to protect Autosync. 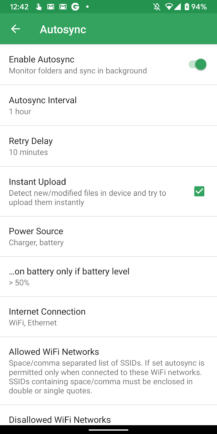 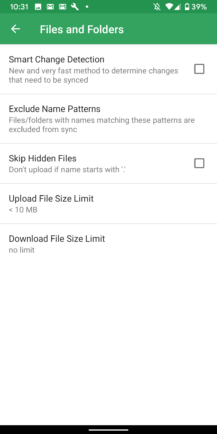 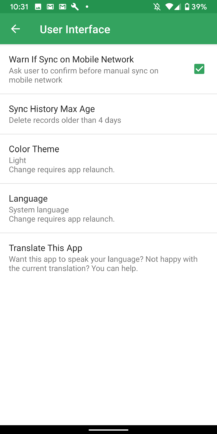 Now, a developer's got to live, too, so additional functionality is locked away behind one-time IAPs. Autosync's basic version comes with ads and allows you to sync only one folder of your choice (not the whole Drive), which should be enough if you just want to upload your pictures to Google's online storage. Paid options come in three tiers, with the $1.99 version removing advertisements, the $4.99 option allowing you to sync multiple folders and larger files as well as your whole Drive, and an "Ultimate" tier for $9.99 that adds the ability to sync with various Drives and Team Drives.

Keep in mind that uploaded images will count against your Drive storage, even if you're a Pixel user, since there's no way to tell Drive that the uploaded pictures are duplicates of the ones on Google Photos. If you continue using the service, your device will also use double the energy and data to back up images. This won't be the perfect solution for everyone, but it might help out a few people who depend on having their photos in Drive. All in all, it's as straight forward as a third-party app can be.

Now, you might fear that Google is going to kill this app along with many others relying on Drive's most extensive APIs. We've asked the developer, and he told us that his app should be fine since it represents one of the allowed use cases.

Autosync for Google Drive belongs to one of the permitted application types: "Native and web apps that provide local sync or automatic backup of users’ Drive files". It should be approved but of course no-one can be sure with G these days

You can download the app from the Play Store widget below, or you can grab it over at APK Mirror, uploaded by the developer himself. 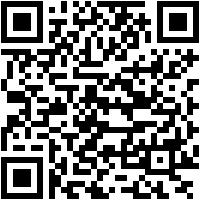