Need a light switch? Want to not have to actually flip the switch when you want to turn some lights on or off? There's quite the selection of smart switches out there that connect via Bluetooth or Wi-Fi, and TP-Link makes a few of them. But if you want to get a couple of them today, you'll be able to save quite a bit of money if you get them from Newegg.

The retailer is selling pairs of the HS200 model — simple binary wall switches that can be controlled through smart device hubs with Google Assistant or Amazon Alexa. It can't be simple enough. 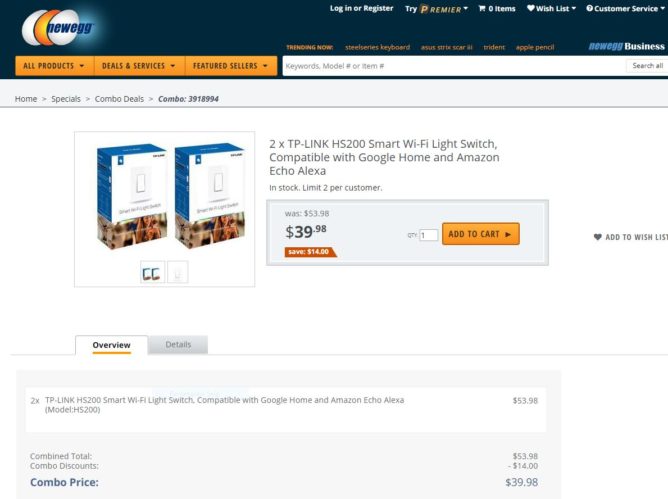 TP-Link usually sells those switches at around $40 apiece. Most retailers, including Amazon, have put them on discount this week for something like $25. But here's the thing: the company relatively recently reworked its smart home appliance branding under the "Kasa" name. But it seems that the pairs that Newegg is selling have the old box design without the Kasa name. Apparently, these sold for $54 on the regular, but have now been reduced to $40 flat. And they do just the same job as the switches in the new boxes do.

Would be nice with a new Google Home or Amazon Echo, eh?