Google just unveiled the Pixel 4 - a phone that won't launch probably until October - on the official Made by Google Twitter account today, June 12th. Given the design of the phone leaked just two days ago, it seems Google decided it wasn't worth hiding anymore and just posted about it on Twitter, which is a pretty crazy awesome thing to do.

Well, since there seems to be some interest, here you go! Wait 'til you see what it can do. #Pixel4 pic.twitter.com/RnpTNZXEI1

Yesterday, we learned some of the Pixel 4's features could include iPhone-style TrueTone display white balance adjustments, as well as some form of Project Soli's radar sensor used for gesture control. Google has never purposefully shown off the design of a Pixel phone before launch before, though it had become rather infamous in years past for accidental reveals of devices.

The design shown reveals that the massive rear camera module from Monday's leak is totally accurate - and it appears the Pixel 4 will have two rear-facing cameras, though a smaller pinhole above the two main sensors is unknown at this point. (Possibly a ToF / depth or RGB sensor?)

As a way to upset the designs of leakers, it's a bold move. Google has been notoriously bad at keeping the designs of its upcoming phones secret, so I can understand the desire to just steal most of the thunder for itself. After all, it's Google's phone, and leaks do tend to generate a lot of negative discourse about the company's design language. While I don't know that anyone who disliked the camera hump in those renders from earlier this week will be swayed, Google's image is obviously more refined and complete than the OnLeaks render, and does make the phone look far more like a phone. 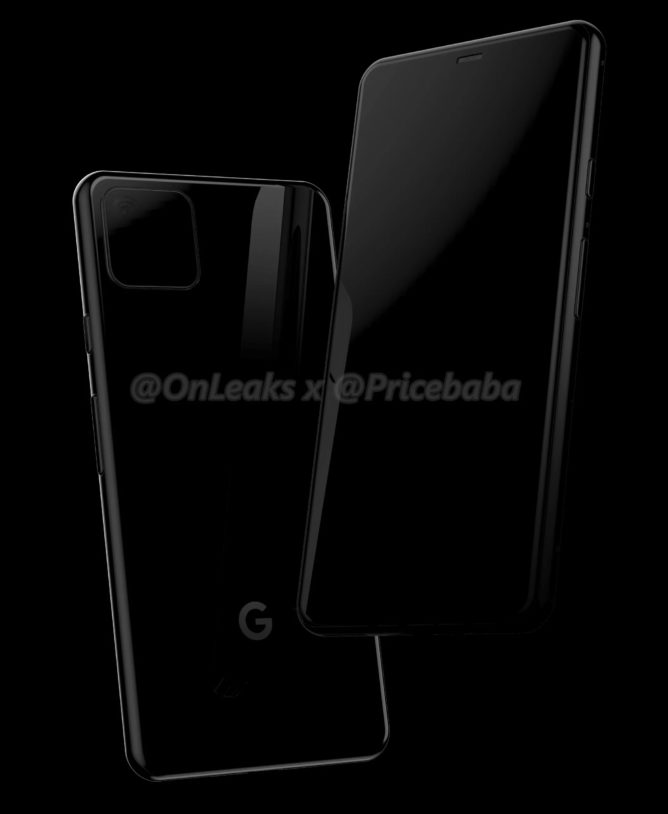 Now I'm left to wonder just if we'll be waiting until October for the full reveal - could Google be stepping up its launch timeframe? I guess we'll just have to wait and see. Or wait until that information inevitably leaks out (sorry, Google - we know it's true). After disappointing Pixel 3 sales, the company will really need to hit this one out of the park, and I think beefing up the rear camera hardware is absolutely crucial for that to happen - and I'm glad to see that appears to be exactly what Google's done. Whether that will mean an even more expensive Pixel remains to be seen. Price has already been a real sticking point for the Pixel, and Google will have an uphill battle proving to consumers that its super-premium phones are worth what the company is asking.

Still, holy cow is all I can really say right now.