Google's smart home speakers and Chromecasts are great when they work. You can throw any supported content on them and have it play almost instantly, without worrying about hardware compatibility and app availability as you'd have to on set-top boxes or consoles. However, Google's offers are only great when they really do work. That isn't the case for some users, with their Chromecasts and Homes repeatedly disappearing from the Home app, rendering them effectively useless for many cast-enabled apps.

The problem boils down to this: For some people, the Home app says that their devices are offline and not available, even though they're perfectly functional when users interact with them directly. This is especially true for Google Homes which react to verbal commands no questions asked, but can't receive casted content from phones. That rules out any usual suspects such as 2.4 GHz Wi-Fi vs. 5 GHz Wi-Fi or misaligned firewalls. 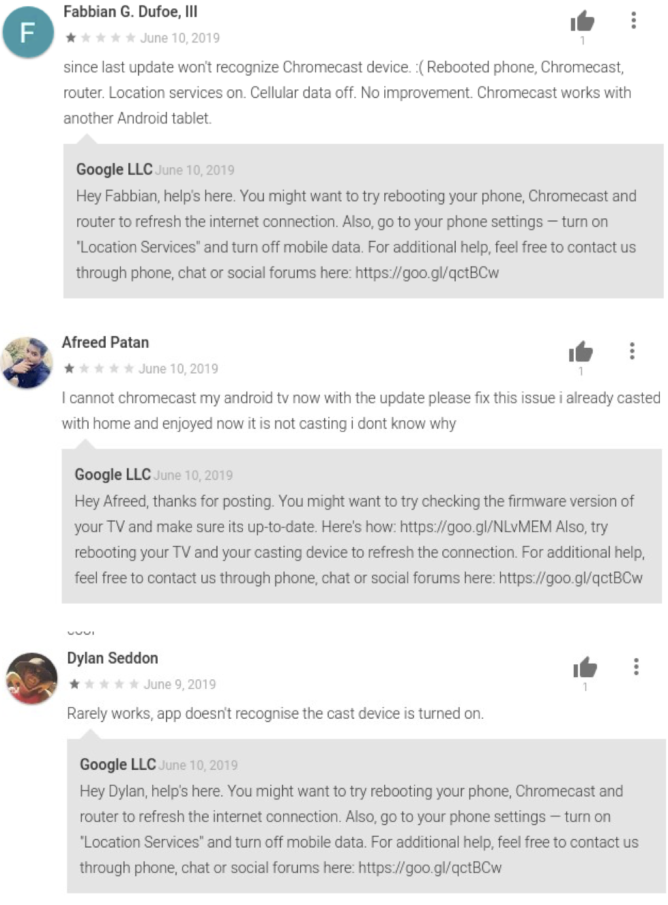 Many people complain about the problems on the Play Store, leaving bad reviews for the Home app.

Interestingly, the only application that appears to be exempt from the connectivity issues is YouTube. Even if the Home app doesn't recognize that a Chromecast is online, YouTube is still able to cast to it. Other apps follow suit with the state Home reports, though, and don't see any Cast targets on the network. However, pushing content from a smart speaker to a Chromecast is still possible, so the problem is clearly on the phones' side and most likely related to the Home app itself.

Since none of us at AP can reproduce the issue, we don't know if uninstalling the Home app helps, but that would be one thing to try if you're experiencing the problems. But if that partially bandages the casting issue, it does nothing to help with all the other problems that arise when your devices appear as offline in the Home app. You won't be able to change any settings, create any groups, switch rooms, or disable any default player options. 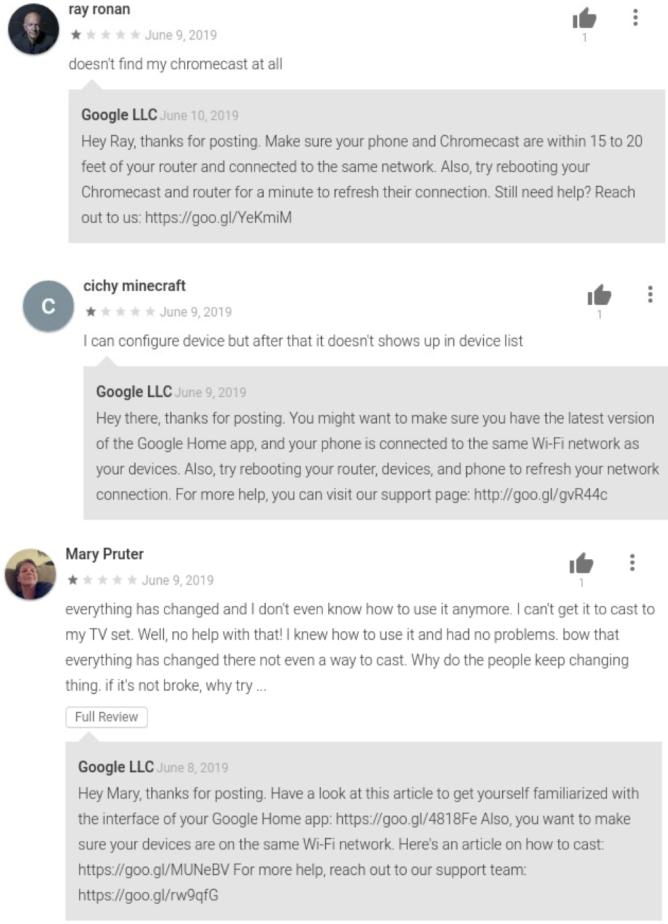 As far as we can tell from our research, the issues aren't too far spread, but all the more annoying to users affected by them. At least 28 people have upvoted a support thread on Google, and there have been multiple reports on Reddit that reach back as far as a year describing the same smart home blackouts. Thus, we can also rule out a botched update to the Home app as the culprit – after all, there have been multiple new versions over the course of the last year, and none of them fixed or worsened the problem.

We can only hope that Google soon finds the culprit since seamless casting from phones is the selling-point of Chromecasts and at least part of the appeal of smart speakers. If that doesn't work anymore, we might as well return to CDs and videotapes.