The Xiaomi Mi Band 3 was an insanely cheap fitness tracker (£26.99 in the UK, which works out as about $35) with a relatively impressive feature set. Its successor has just been announced by Xiaomi in China, and this time it includes a color display and microphone for voice assistant functionality. There's also a slightly more expensive variant with NFC, although it's still cheap as chips.

The Mi Band 4 looks a lot like the old model but the larger 0.95-inch screen now uses a color AMOLED panel so it can display much richer visuals and at a higher brightness. It has the same 5ATM water resistance rating, so you can take it down to depths of 50m, and swim tracking with smart stroke detection is a useful new feature. A six-axis sensor also enables motion tracking for running, walking, bike riding, and rope exercises, plus it can also monitor your sleep. With its 24-hour heart rate tracking, the Mi Band 4 will alert you if you're pushing too hard or if you've been idle too long and could use a walk. Battery life of 20 days is promised for the standard model, while the NFC-quipped version will have Alipay, bank card, and travel card support in China where it will also have access to Xiaomi's own voice assistant. As with previous Mi Bands, you'll be able to easily swap out bracelets, and there's going to be a limited edition Avengers set to celebrate the launch. 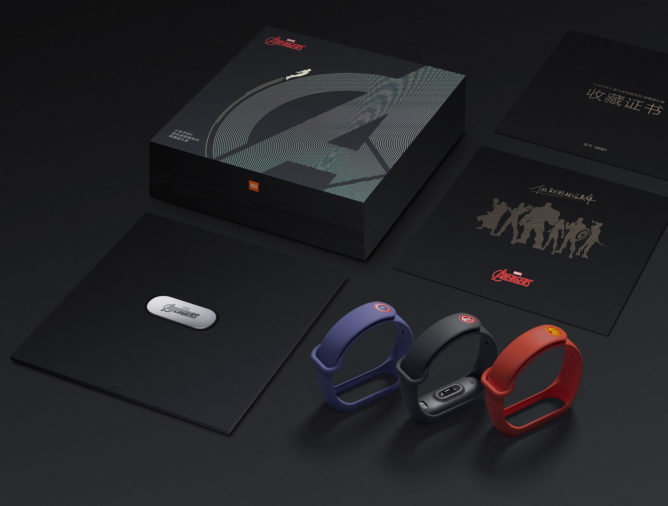 You can buy the gorgeous Almond OnePlus 7 Pro starting today