With the latest update to the app, Shazam recognizes internal audio from the phone and doesn't rely on the microphone anymore. That means you don't need to unplug your headphones on the subway to see what that song embedded in an Instagram video is, or you don't need to take your Bluetooth headset out and get it close to the phone's mic for Shazam to listen.

You'll notice this works both in the main Shazam app and with the pop-up button. With my headphones plugged in, I was listening to a song on Spotify, switched to Shazam, tapped to recognize and it got the song accurately. It also worked when I was viewing videos on YouTube, Twitter, Instagram, and I used the floating pop-up button to recognize music embedded in the videos. This was flawless with wired headphones on my Pixel 2 XL, but with Bluetooth ones, it was hit and miss. Some models worked, others didn't. It could be due to the Pixel's whacky Bluetooth connectivity or to the fact that I'm running Q beta 3. 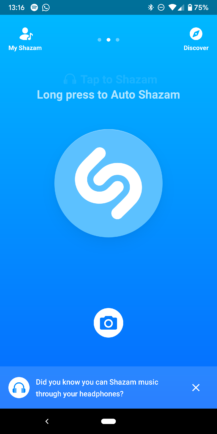 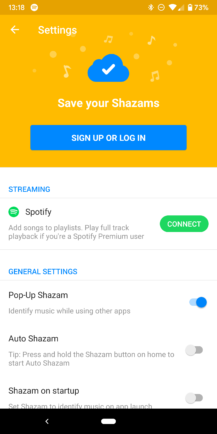 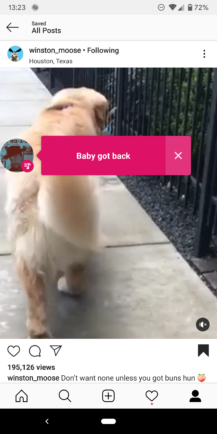 WHAT'S NEW
You can now Shazam music coming through your headphones!

No need to point them at the microphone. Shazam will recognise the music that’s playing through your headphones.

Even better, if you’re listening to music in another app and want to identify the songs without leaving the app, then you can use Pop-up Shazam and get the track name and synced lyrics to sing along.

To enable Pop-up Shazam, go to the Settings page in the app.

You can grab the latest Shazam version from the Play Store — odds are you need v9.35.0 for this feature to work.

Assistant setup on Nest is broken for some, but Google is working on a fix