Despite lackluster sales, continually declining revenue, and customer support issues, HTC, to the surprise of many, is still making new smartphones. The company has announced two new mid-range devices for its home market of Taiwan - HTC U19e and Desire 19+. This marks a move from a series-based naming system (U11 > U12) to a (presumably) year-based one, with the number 19 for devices launched in 2019 —  because obviously, product nomenclature is HTC's biggest problem right now. The U19e runs on the mid-range Snapdragon 710, housing a decently-sized 3930mAh battery and two Iris scanners as an alternative to the rear-mounted fingerprint sensor. While the specs seem pretty standard for a mid-ranger, I'm digging the look of this phone, especially the "Extraordinary Purple" variant.


Here's a video showing off the U19e: 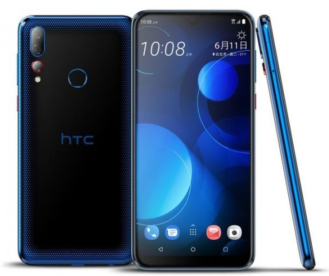 The Desire 19+ is the lower-end of the two devices, with a Helio P35 processor, a slightly larger screen (albeit with a teardrop notch), and the inclusion of a ToF depth-sensing camera at the back. HTC doesn't seem to have an official page up for this device yet, so we don't have a comprehensive spec-sheet yet.

All of dbrand's fantastic skins, cases, and screen protectors are 20% off right now [Sponsored Post]