As you can see in the screenshots above, users will be greeted by two new pages with a list containing 4 alternative app options that will vary depending on which country you're in. They will be shown in random order and selected based on their popularity in each region. Being able to install and use these apps is nothing new, of course, but Google now has to be more upfront about competing choices for these two core functions, even if you end up sticking with Google Search and Chrome regardless. 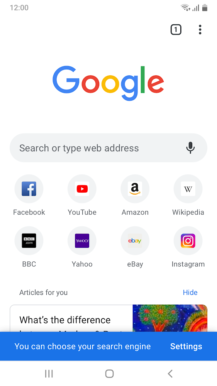 The screens will appear the first time you open the Play Store after the update, and further instructions on how to set any newly installed app will also be offered. Another prompt will appear in Chrome asking if you want to change the default search engine if one has been freshly installed.

If you live in Europe, expect to see these options hit your device with a Play Store update in the coming weeks. The same will apply to those who buy a new phone. This should make Android compliant with the European Commission's ruling, but Google also points out that it "will be evolving the implementation over time."

It's been two months since Google promised to start asking users in Europe if they want to install additional search engines and browsers, and we're finally starting to see these pop-up screens go live. They're not widely rolled out yet, though, so we may need to wait a little longer until all the promised changes are available to everyone. Thanks, Anand Lambert! 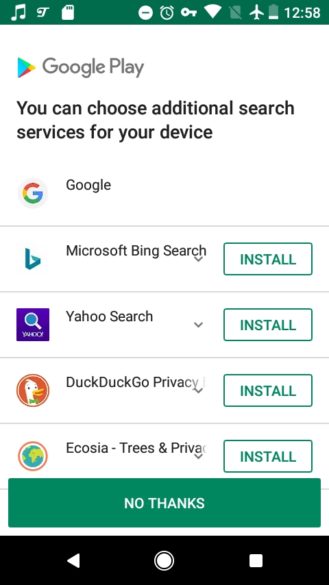