It's really a minor thing: the SprintDM tool that's used to activate a phone on the network didn't clear out from the notifications as it was supposed to. A screenshot shows that the phone was tapped into Sprint's LTE network on Band 41. 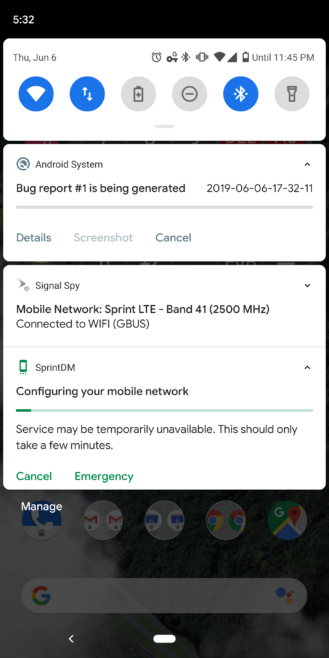 Probably the worst part of it all was when we got a response at 11:49 p.m. from a random outsider we'll only call Andre whose one-word retort was literally "Huh?" 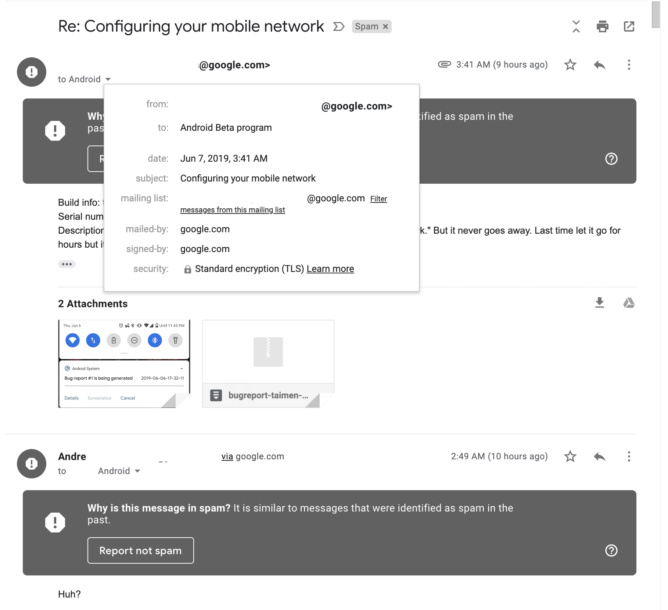 So, yeah. That happened.

Apparently, a whole bunch of Android Beta Program participants were added to a internal Google Group for bug reporting and while it looks like it allowed people from outside the company to join in, it seems that no outsider knew they had been included until the first email came in. That said, this writer didn't get Andre's email, so we presume that the company has been busy purging the group's unwitting members overnight. We have no clue as to why so many people were invited in the first place.

Google is lobbying for Android exemption from the Huawei ban