Yesterday, Google finally announced pricing for its upcoming Stadia platform. Upfront costs for the hardware, a monthly subscription for 4K gaming, and you still have to pay full price for new games. If you don’t look too closely, it sounds just like buying a console. Yet 'broke me' still would’ve killed for this years ago.

You can read more about the pricing details here, but here’s a quick breakdown of the various costs Google announced:

If you max out everything on that list, it starts to sound like it’s no cheaper than a regular console. Five years of the Pro subscription would cost $600, more than the price of a brand new PS4 or Xbox One when they came out a little over five years ago. Add the $130 in hardware costs, and you’re still paying full price for games? How could anyone possibly justify paying this much money for a version of a console you don’t even own?

Allow me to demonstrate.

Stadia Pro is cheaper than consoles and PCs

Let’s start with the obvious: You already have most, if not all, the hardware you need to use Stadia. Google offers a controller and Chromecast bundle because it can’t assume that you own the right hardware, but I can. Because you’re reading this article. Are you reading on a laptop or a desktop? Congrats, you have your console. Reading on a phone or tablet? Maybe you want to grab a controller, assuming you don’t have a compatible one laying around already. In short, the $130 bundle is nice, but it’s by no means mandatory.

Now, let’s look at the Stadia Pro subscription. According to today’s presentation, this not only gets you access to the platform itself, but a steady stream of free games. This gives it some overlap with the Xbox Live Gold and PlayStation Plus subscriptions. Both of these services cost $10/month to let you play games online, and you also get a few free games every month. You’d be a fool to pay the monthly price, though. At the very least, you can pay for the year up front for $60, so let’s use that for some quick math.

Let’s say you bought a console in November 2013 when both the Xbox One and PS4 came out. And let’s say you spent $60 per year since then on the annual gaming subscription like a sensible person. Not including games, controllers, or any other expenses, owning a PS4 for five years would’ve cost you $700. An Xbox One would’ve cost $800. Five years of Stadia over that same time period? A measly $600.

But that’s not all. In the time since the Xbox One and PS4 came out, both consoles introduced a new version of their hardware that lets users play games in delicious 4K HDR. The Xbox One X came out in 2017, a mere four years after the original Xbox One. The PlayStation Pro came out even sooner in November 2016. Both upgraded consoles cost just as much as their original counterparts. So either you spent $400-500 in 2013 on a console that was outdated in a few short years, or you spent $800-1000 (before subscriptions!) to stay on the cutting edge.

I sure hope you got a good trade-in value on that old console. 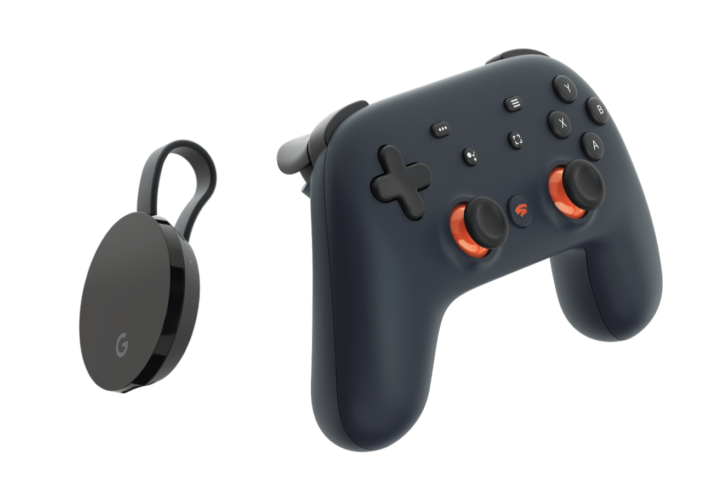 On PCs, the problem of hardware upgrades can get even worse. Sure, you could save money by going with cheaper components—that’s what I always did—but if you want the raw processing power Stadia is offering, you’re going to have to shell out. Even last-gen graphics cards like NVIDIA’s GTX 1070 can cost as much as a new console. Want the fancy new real-time ray tracing RTX cards? Better skip rent this month. And that’s assuming the hodl gang isn’t driving up graphics card prices this month.

Part of the promise with Stadia is that you don’t have to upgrade your console anymore. You pay for the monthly service and you get top of the line hardware behind the scenes. Sony’s promising that its next console will support 8K resolution and—more interestingly—real-time ray tracing. Stadia, on the other hand, can upgrade to support these specs potentially without users ever noticing. Will Google charge more for better gaming quality in the future? We can’t rule it out. The company had no details to share when asked for comment. What we can see is that upgrading your own hardware is so expensive that Stadia could get a lot pricier before you ever reach the real cost of keeping up with the highest end graphics on your own.

“Sony, Microsoft, Nintendo. They’re all just spokes on a wheel. This one’s on top, then that one’s on top and on and on it spins...I'm not going to stop the wheel, I'm going to break the wheel.” -- Stadia Targaryen

It would be easy to assume that Stadia’s subscription is a cynical cash grab, designed to milk more money from users who can’t calculate the total cost of a monthly subscription. The real math doesn’t seem to support that, but reasonable people can debate the point. What can’t be argued is that Stadia Base subscription throws a monkey wrench into the whole damn industry.

We can bicker and argue about how much controllers cost or how often to upgrade consoles or graphics cards, but at the low, low cost of free, Stadia’s Base tier drops the bar for AAA gaming to the floor. If you can buy the game, you can buy everything you need to play. The only gadget you own is a cheap Chromebook? Congratulations, a measly $60 gets you Doom Eternal. Even if you need to buy a controller, $70 is a lot easier to stomach than $200-300. No new graphics cards, no consoles, just the cost of the game.

This is quietly revolutionary.

At the low, low cost of free, Stadia’s Base tier drops the bar for AAA gaming to the floor.

Let me tell you a story of when I was broke. Way back around 2010 or so, I worked retail selling video games at an electronics store. I was in the gaming department because I liked video games, but I couldn’t afford most of what I sold. I didn’t own a single console and I did all my gaming on an old-ass PC with a hand-me-down graphics card that couldn’t play any AAA game from the last five years. It would be years before I could play the hit new games like Bioshock or Mass Effect. At the time, all I played was cheap games on Steam. Which usually meant older games that my desktop could just barely manage to chug through.

Playing Portal for the first time on my now slightly less old, busted desktop. I automatically love this game.

Roughly four years later, after I got a better job—thanks, AP, for helping me along the way—I was finally able to afford an Xbox One. But before I bought it, I broke down crying trying to make the decision. Spending $500 on a console felt like such a waste. How could I justify it? I wanted it, but that didn’t feel like a good enough reason.

It’s hard to express with math just how debilitating being broke is. How much it makes you second guess every decision, every luxury, every dollar you spend. The difference between $30 and $300 may as well be the difference between a paper airplane and a 747. Buying a console--or even a decent graphics card--was completely out of the question.

If Stadia’s free tier existed ten years earlier, it would’ve changed everything for me. Scraping together the spare cash for a controller and a game would’ve been worlds easier than buying an entire console. For many people today, it still will be. It’s not just that Stadia Base costs nothing except the price of the game, it’s that it brings the biggest, best games into the realm of possibility for people that never could’ve afforded them to begin with.

Of course, Stadia’s not the first to offer a cheap gaming platform. Free to play mobile games and whatever you bought at the last Steam sale have been hallmarks of the frugal gamer for a long time. But by making huge, AAA games accessible to the people who haven’t been able to afford expensive hardware, Stadia just became one of the most compelling options for gamers who need to save some cash.

You know. Just as long as Stadia manages to overcome that whole latency problem. Fingers crossed.