As a reminder, Stadia utilizes Google's servers to generate and stream the vision down to players' devices. The company developed its own controller which is able to directly patch through its commands back to that server. All the while, people get to experience high-quality graphics and sound with low latency and without their local hardware suffering the heat and stress of it all.

A trailer for "Gylt," a single-player puzzle adventure game on Stadia

The debut roster stands at 28 games that range from casual simulators to adventures full of quick time events:

If you want an idea of how much these games will cost, we've got a post covering some leaked information on that front. 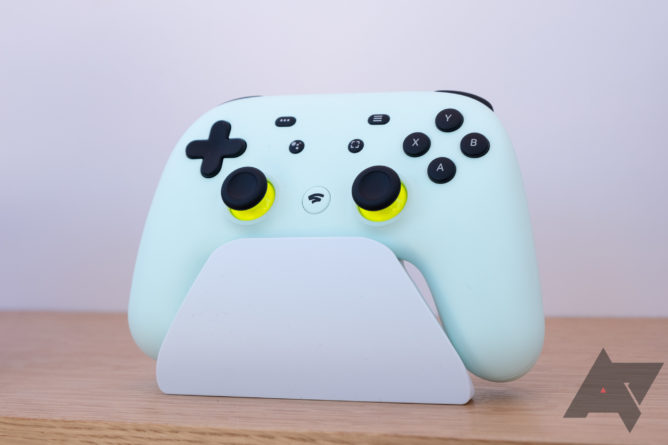 The Stadia Base tier will be available to all players at either 720p or 1080p resolution — Google recommends a minimum connection of 10Mbps — and 60 frames per second with stereo sound with players buying games a la carte at full price. There's also Stadia Pro membership at $9.99 per month, which bumps up the specs to 4K HDR with 5.1 surround sound — ideally, this would come through a 35Mbps connection or better. Subscribers will also receive a free game on a regular basis as well as exclusive discounts on other games. If you want a Stadia Controller, they will come in Just Black, Clearly White, and Wasabi colors for $69.99 apiece. 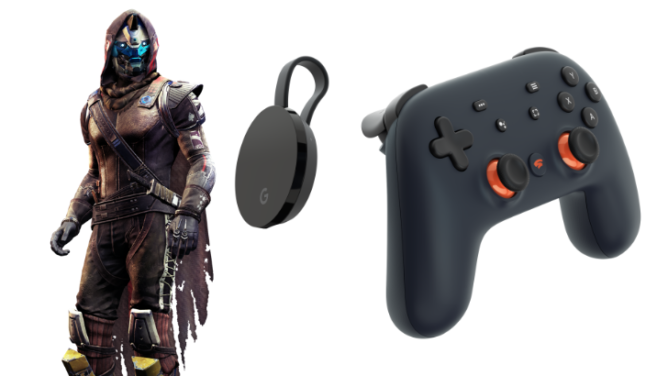 First adopters can get on board with the Stadia Founder's Edition package which includes a Chromecast Ultra, a limited-edition Night Blue color Stadia Controller, two free 3-month Stadia Pro subscriptions for themselves and a friend, and early screenname and bragging rights. Plus, they will get Destiny 2: The Collection, which includes the base game, all expansions up to the new Shadowkeep branch, the annual pass, and the ability to transfer their Guardian from their Xbox or PC accounts. All of this costs $129.99 and is available at the Google Store right now.

Founder's Edition buyers will get to play on Stadia starting in November ahead of the public release sometime in early 2020 for the following countries:

A trailer for "Get Packed," a 3D co-op game for Stadia

For the public release, Google has stated that Stadia Base availability will be limited to the Chrome web browser on desktop as well as the Pixel 3 and 3a device series. We've reached out to Google to clarify the hardware support picture and will update this story if and when we hear back. More countries and devices will get Stadia over time. As it stands, we've got a long road to travel before everyone gets up to speed and there will be more titles that will get announced as we make it there.