Let's talk Z3 Play first. We had thought that it'd be getting Pie back in February when the release notes were published, but nothing ever came of that. It looks like the Canadian Z3 Play got Pie back in April, but we still haven't heard anything regarding the US model — until now. XDA Forums users with US retail Z3 Play models are reporting that their devices are finally receiving the update, and they seem to be satisfied for the most part. The May 2019 security patch is also included. 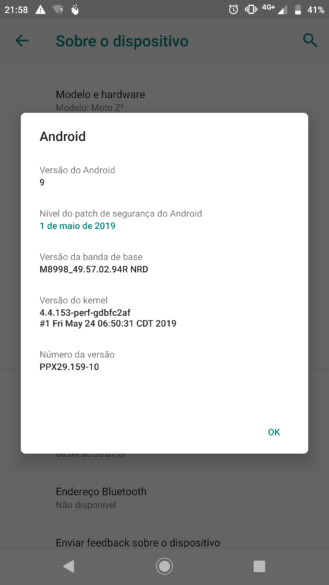 As for the Z2 Force, things appear to be a bit less widespread. Motorola has been known to perform soak tests in Brazil for software it's not yet ready to release to the rest of the world, and that's what's happening here. This soak also carries the May 2019 patch, but those of you who don't live in Brazil will probably need to wait a bit longer for it to hit retail units.