Soon, Google Maps will provide important information to people in or near areas affected by hurricanes, earthquakes, and floods. Users will see what Google is calling crisis notification cards detailing the area of effect of the event, and presented options to share the information or their own location with others.

Hurricane crisis notification cards will show a forecast of the storm's trajectory along with times it's predicted to hit specific locations, hopefully giving those in danger time to get out of its path. Cards showing a color-coded shakemap will appear following earthquakes. Both of these will start showing up in the next few weeks on Android, iOS, and desktop and mobile web. 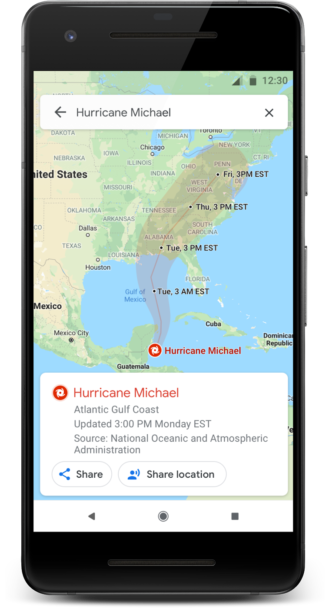 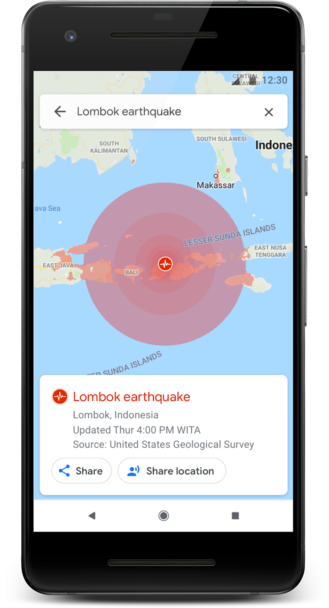 Flood forecasts will work similarly to those for hurricanes, with maps showing the predicted danger in different areas. They'll have a narrower rollout, first appearing in India, where more than 20 percent of the world's flood-related deaths occur. They'll show up in the city of Patna "soon," with the Ganges and Brahmaputra regions to follow, on Android and the web. 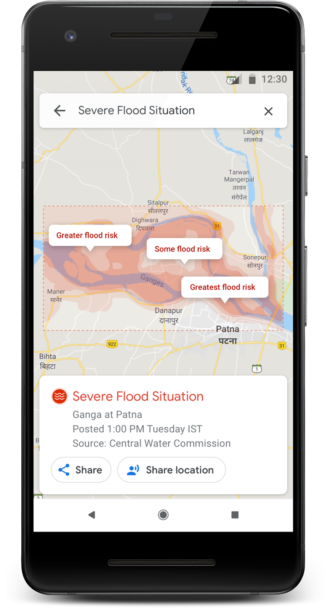 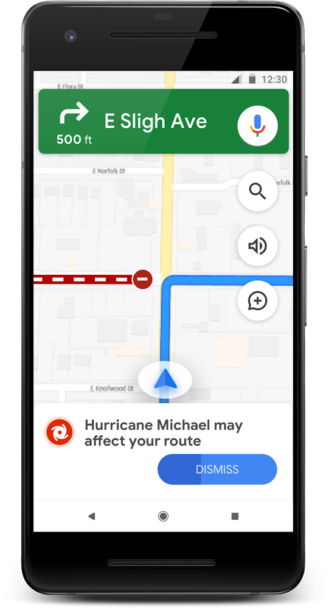 Finally, starting in the coming months, Maps will show a distinct alert when the route you're traveling is disrupted by "crisis activity," and you'll be directed to take an alternate route.