The writing has been on the wall for months, so it must not be a surprise for anyone that the Celeron Pixel Slates, the lower-end $599 and $699 models that were very briefly available and didn't impress much, are now completely gone from the Google Store. All mentions of both variants have been wiped off, as if they never existed in the first place.

Until recently, the Celeron models were marked as "out of stock" but they still showed up when you clicked to pick a Slate model to purchase. You only get the Intel Core m3, i5, and i7 variants now, whether you're in the US, UK, or Canada. Even the specs page only mentions those 8th Gen Intel processors, skipping the Celeron models altogether. 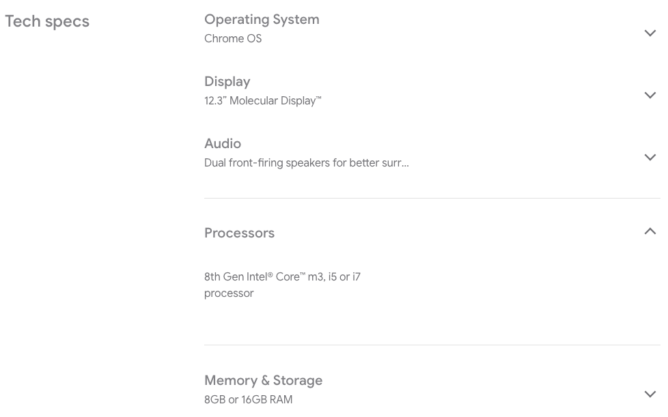 We reached out to Google for comment and received this statement:

We have stopped production on the G Store exclusive $599 and $699 Pixel Slate models. We remain committed to supporting these variants and will continue to stock Pixel Slate online and in stores - including our recent expansion to even more Best Buy locations.

Fret not though, this is all for the best really. Those who tried the Celeron version weren't impressed, and all three other models are currently discounted by $200, effectively making the Core m3 the same $599 price as what the Celeron was supposed to cost.