When the folks at XDA developers caught a look at an Android Q image early, one of the things they spotted was a pile of new options for theming the look of the operating system. At the time, we thought it might have merely been a test demonstrating easier OEM-level customization, but theming has persisted into the Android Q Beta 1. 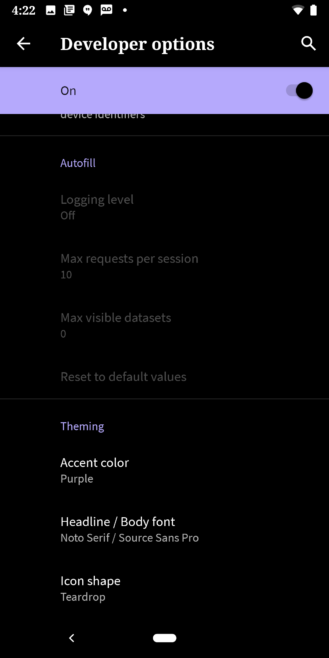 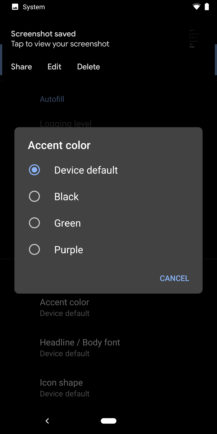 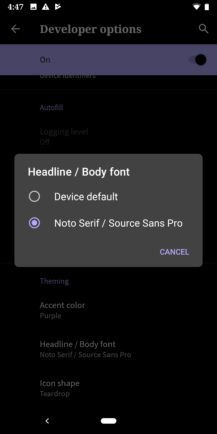 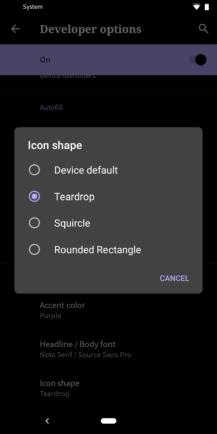 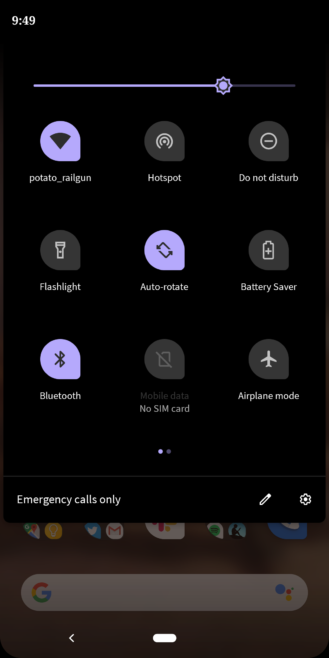 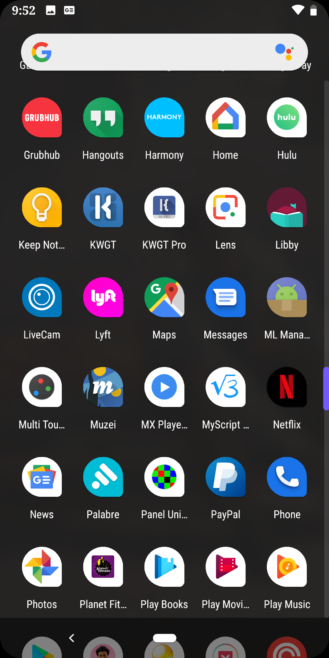 Icon changes apply to the Pixel Launcher, multitasking menu, Quick Settings panel, and a handful of other spots throughout the system. Even the Google search widget border and Pixel Launcher folders pick up cues from the icon shape. Fonts and colors apply more universally.

There aren't a whole lot of individual options for these three themeing settings at the time of writing, and when XDA Developers spotted some of these features before, there were more of them. It looks like they may actually persist into the final product, though. Fans of customization should be thrilled

Android Q Beta 2 further expands the reach of the icon customization options to affect those for the grouped categories in Settings, as well. 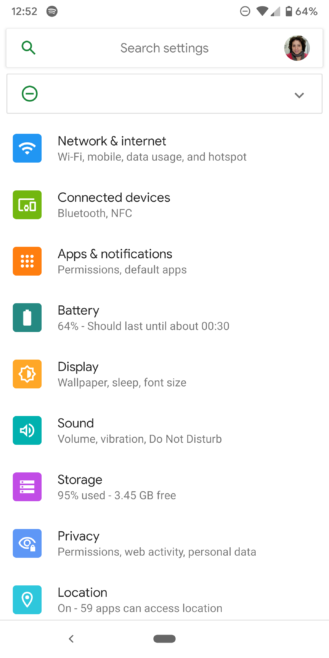 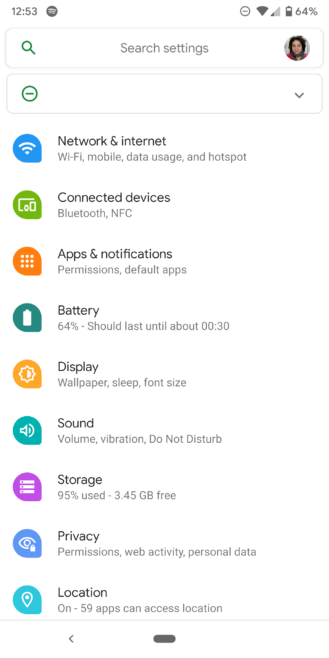