At first glance, it might not be immediately apparent that anything has changed (see the new screenshots above). But the Google Sans typeface has been added in certain places and the iconography is in line with the most recent incarnation of the Google Material Theme. As before, the app is mostly white, which should lend itself nicely to a dark theme at some point. For the sake of comparison, here's what it used to look like (from the hands-on we wrote when the app was released): 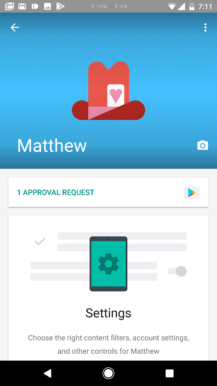 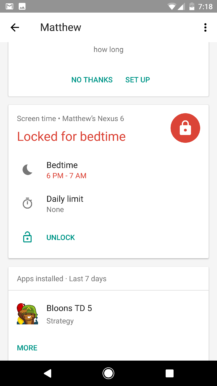 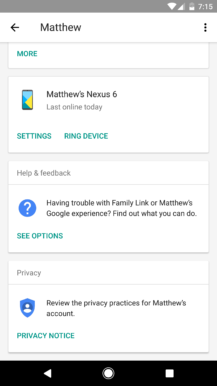 The app's icon has also received a modest update in the last few weeks. Its overall design is largely unchanged, but the colors have updated with a more muted, mature palate and the lines are much clearer.

I've tried a few previous versions of Family Link for Parents to try to get screenshots of what it looked like previously, but all are displaying the new design. That means the changes are of the server-side variety and not linked necessarily to a particular update. Nevertheless, you can download the latest version from APK Mirror or the Play Store link below.

Uber adds Eats to its main app, hoping to get more riders to order food through the service