Too much content to read but not enough time? Consider listening to it instead. Audm (pronounced 'autumn') is an app that gets professional voice actors to narrate long-form articles from the web. Previously iOS-exclusive, people have been asking for an Android version since 2016, and last year Audm hired a developer for the job. After a brief closed beta, the app is now publicly available for Android.

For $7 a month, Audm curates long-form content from a list of publishers like The Atlantic, New Yorker, and Wired. You can then create playlists of interesting content that can be listened to or read later. The app supports offline downloads and you can adjust the speed of narration from 0.75X to 2X. It works well enough for an initial release, though sharing of content is still in the works, and I found that the last few sentences of a paragraph tend to get skipped when listening at 2X speed.

In a world where content aggregators like Pocket already support text-to-speech, why would I subscribe to a separate service to perform essentially the same task, one may ask? Audm seems to hope that actual humans reciting the content is differentiation enough, and it seems to have a subscriber base who agree. You also get access to select articles from publications that would otherwise require a separate subscription.

On the other hand, with realistic sounding text-to-speech through Google's WaveNet technology being available, it's possible to create your own voice reader of sorts with Tasker, should you be so inclined. 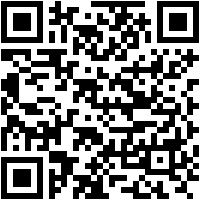