I'm a sucker for simplicity. It's one of the things I love so much about USB-C: it's one port that does everything. So I was excited to get my hands on Moshi's Symbus Q, a USB-C docking station that also promised to replace the Qi charging pad I keep on my desk. But with limited port selection and no active or even passive ventilation to keep it cool, I think the Symbus Q is a little too simple to recommend. 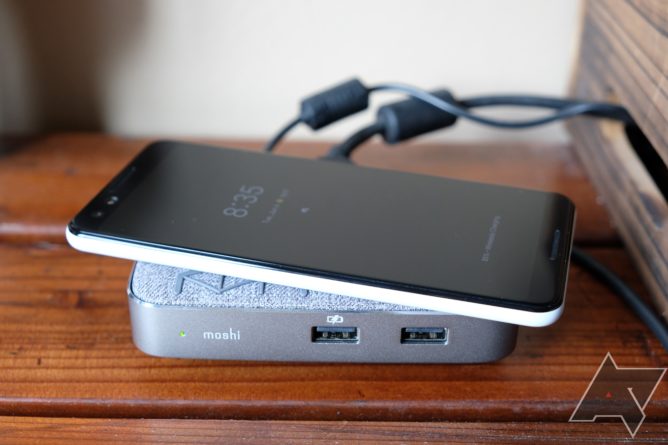 Moshi says the look of its Q line of accessories — which comprises this dock, a wireless charging pad, and a wireless power bank — is informed by Danish furniture design. I'm not sure about that; the Symbus Q is basically the original Symbus dock with some added details. Inspiration aside, though, the Symbus Q looks great. It's a little bigger than a deck of cards, with metal sides and a fabric top embellished with rubber lines laid in a geometric pattern. On top of looking cool, that rubber helps hold your phone in place while it's wirelessly charging. The embedded Qi coil can push up to nine watts to compatible devices.

On the front edge, there's an LED that's orange while the dock is juicing up your laptop and green when it's fully charged. If a phone is charging on top, the light will also pulse — a clever way to communicate the additional information without adding a separate indicator. There are also two USB-A ports rated for 5Gbps data transfer. The leftmost one, marked with a little battery icon, can supply up to 10 watts to charge connected devices. The one on the right can technically push a charge, too, but at an absurdly slow 2.5 watts. 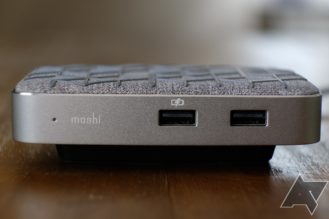 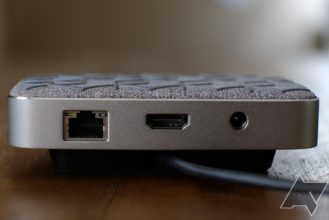 Not a whole lot of ports to be found.

The backside has a power input (barrel plug — why on earth not USB-C?), an Ethernet port, and a single HDMI out. There's a hardwired USB-C cable that'll charge your laptop at up to 60 watts while also grabbing A/V to output to a connected monitor — the Symbus Q can push 1080p at 60 frames per second, or 4K at 30 frames per second. And... that's it for connectivity. There's no 3.5 millimeter audio jack, no SD card slot, and no additional USB-C ports. What's more, the Symbus Q just comes with a power adapter. For 165 bucks, I expect more I/O — and it wouldn't have killed them to throw in an HDMI cable, either.

Extending my Pixel Slate's display to a 1080p monitor, I didn't have any performance issues; video comes through at 60 frames per second, as advertised. Plop a phone on top to charge, though, and things can get a little hairy. Wireless charging detractors often cite the excess heat produced in the process, noting the impact that could have on battery longevity — it's a valid concern, but one I'm generally willing to overlook for the sake of convenience. But the Symbus Q can get very warm with a computer docked, even when the Qi pad isn't in use. Add wireless charging to the mix, and the thing gets outright hot to the touch. That makes sense, considering there's no ventilation of any kind. I don't think it's a fire hazard by any means, but it gets much warmer than I'd like for something meant to be in direct contact with a phone; all the additional heat generated is going straight up and into your battery. 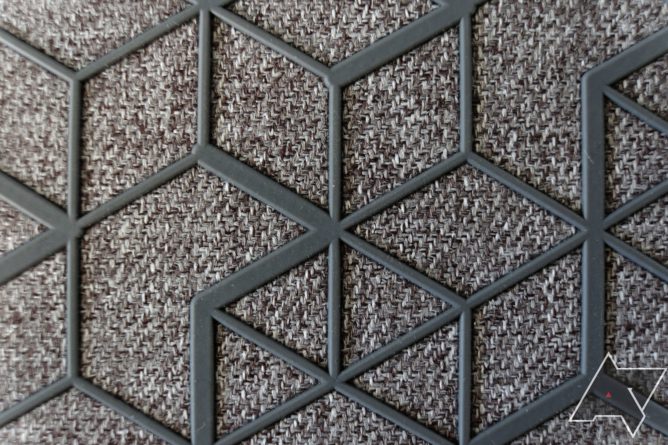 The detail on the Qi charging surface is very cool.

No. It's a concept after my own heart, but the Symbus Q doesn't live up to its potential and doesn't offer enough functionality to justify its price tag. Heat management concerns frequently stopped me using the built-in Qi pad when my computer was docked, severely limiting the utility of its sole unique selling point. Personally, I still like it as a dock and as a wireless charger. It suits my needs for both — just not simultaneously.

If you like the look of the Symbus Q, you can grab the original Symbus dock for 40 bucks less. It doesn't have the cool geometric design on top, but aside from wireless charging, it's functionally identical to the Q model, and you can spend that saved money on a discrete Qi pad. 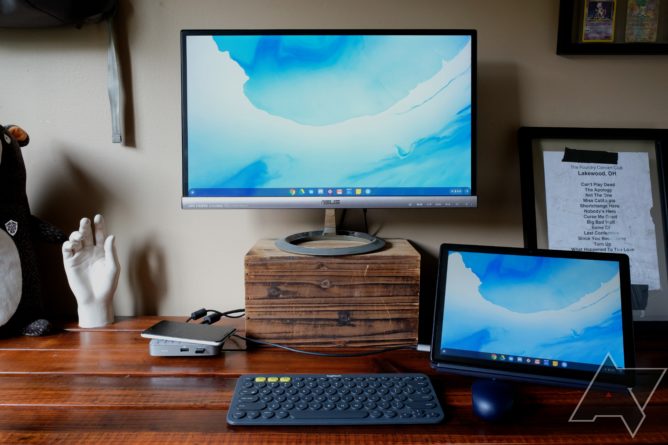