The Ecobee4 has been our go-to smart thermostat here at Android Police for quite a while. Its connectivity with various smart home protocols and integrated Alexa voice controls round off the device's temperature regulation capabilities, making it one of the best smart thermostats around. Today, Ecobee has announced the successor to its successful two-year-old product, and true to the proverb "if it ain't broke, don't fix it," not much has changed. The thermostat comes with a modest redesign, the same Alexa integration, improved processing power, and better sound.

The squircle-shaped hub looks a little more refined and premium than its predecessor. It comes with a new quad-core CPU promising "three times the speed" and better mics, which should also help it understand your voice commands better. The addition of 5GHz WiFi is a welcome change, too, since the Ecobee4 only supported 2.4GHz.

It's not only the thermostat that's been overhauled, as the additional SmartSensors that measure each room's temperature have also been redesigned. They come with improved battery life of up to five years and have extended range and accuracy. It's good to hear that they are also compatible with the company's older devices like the Ecobee4, 3, and 3 lite. 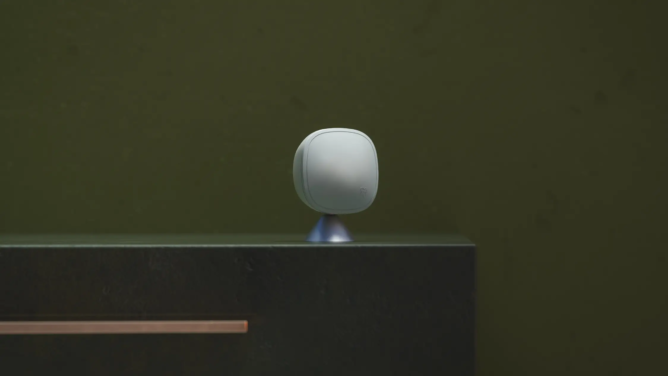 The SmartThermostat is available starting today for $249 — for this price, you also get one SmartSensor in the box. Additional sensors can be bought in packs of two for $79. Besides the native Alexa integration, the ecosystem also connects with Google Assistant, Samsung SmartThings, IFTTT, and Apple HomeKit.