You've got numerous choices in connected some security cameras these days, but almost all of them require wires. Running a camera solely on batteries introduces a lot of uncertainty. Will it last long enough? Will it wake up reliably? Arlo, a former Netgear subsidiary, has released several battery-powered cameras that bested the competition, but the new Arlo Ultra is a tougher sell.

This 4K camera has a high upfront cost and higher monthly fees than other devices, but the performance is admittedly impressive. The video is incredible, and the addition of a spotlight is genuinely helpful. After some software updates, the Arlo Ultra is a good product with similar reliability to Arlo's past cameras. However, the high price point makes it difficult to recommend.

The Arlo Ultra is recognizable as an Arlo camera, but the design is still a departure compared to older cameras. The device is now a stretched cylinder rather than the tapered wedge of the Pro/Pro 2. The large 4K sensor with wide-angle lens is toward the top of the face, and there's an LED spotlight just above that. The spotlight is configurable in the app, so you don't have to use it. I find that it's a nice bonus to have the camera illuminate an area when it detects movement at night, though.

Many of the wireless cameras I've used are so slow as to be unusable, but Arlo continues to beat the competition thanks to its wireless hub. The hub plugs directly into a router or switch inside your home to generate a dedicated network for your Arlo cameras. The new hub for the Ultra is backward compatible with older Arlo cameras, and it has additional smart home features that Arlo will begin implementing in the coming months. It includes a microSD card slot to save all your video locally, which is rare among connected security cameras. 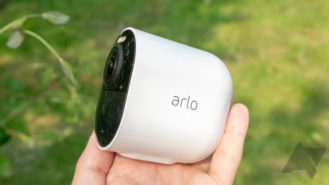 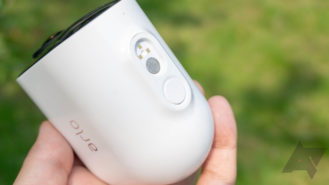 The Arlo Ultra's white housing pops off to reveal the battery, but you only have to remove it when using an external charger to swap in fresh cells. To charge the battery inside the camera, you simply snap on the new magnetic charging bracket. The charger is slick, but it is proprietary. Although, previous Arlo cameras had a microUSB plug that was so recessed it might as well have been proprietary.

You won't have to recharge too often, but battery life isn't as good as it was on the HD Arlo cameras in my testing. I have the Arlo Ultra pointed at the front of my house, so it wakes up to record clips at least a dozen times per day when something or someone moves around in the frame. The Arlo Ultra lasts 4-6 weeks on a charge like that. The Arlo Pro managed a few weeks longer on a charge, but you might find an Arlo Ultra runs much longer between charges. It depends on how much activity it sees as the camera only records video when there's something to see. 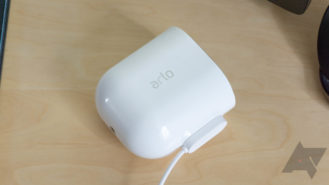 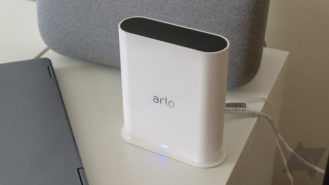 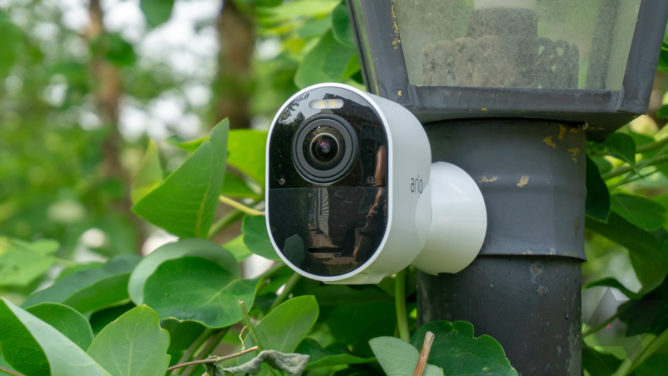 The Arlo Ultra comes in several bundles with between one and four cameras. In the basic single-camera kit, you get the Arlo hub (with cables), the camera, a magnetic charger, and a magnetic mount. For the price, I'd like to see a few more accessories like outdoor mounts or skins.

The Arlo Ultra is a 4K camera, and unlike the 4K Nest Cam IQ, it actually outputs full 4K (3840x2160) video. There are some annoying caveats, though. For one, you need to pay a per-camera fee of $1.99 each month. Without that, the camera won't stream or upload 4K video, leaving you with measly 1080p. There's really no reason to buy the Arlo Ultra if you're just going to use it in HD mode.

I've always felt like Arlo's video quality is just "good enough." The compression on the Pro and Pro 2 was obvious when reviewing clips on a computer or streaming to a TV, but that was done in the name of keeping file sizes down. The Ultra's video is a huge step up in quality. Video looks very crisp, and the dynamic range is good enough to pull out details in shadowy areas. You can choose from multiple field-of-view settings, but there's almost no distortion even with maximum 180-degree option. The Arlo Ultra also boasts color night vision, but don't expect anything special—it barely looks any different to me. You won't really benefit from that if you use the spotlight anyway (it's turned off in the sample below).

While Arlo is still better at wireless camera technology than anyone else, there are some limitations. The camera takes a few seconds to wake up, so you might lose a bit of motion at the beginning of the clip. The Ultra also has two-way audio, but the delay can make that a bit awkward to use. It works and sounds fine, but it's not as close to real-time as something like the Nest Hello. Oddly, Arlo Ultra will only stream 4K video when you're on your local network regardless of how fast your home internet connection may be.

Arlo updated its app a few months back to be faster and a bit prettier. I like that the main screen shows all your cameras with previews of the last clip, but setting rules for arming/disarming the system is confusing. The Arlo app isn't as buggy as it used to be, but there are still some odd occurrences. For a while when I started testing the Ultra, I was getting duplicate notifications for everything. That mysteriously stopped a few weeks later.

The Ultra differs from other Arlo cams in that it won't upload any cloud video without a subscription. Thankfully, the base plans aren't too bad—it's $10 per month for up to 10 cameras. That includes features like person detection and notification previews, too. The camera comes with a 1-year subscription.

Maybe. If you need a high-quality camera in a location where wires are impractical, by all means, get the Arlo Ultra. The video quality is great, and the speed is better than other wireless solutions. I also like the inclusion of a spotlight on the camera. 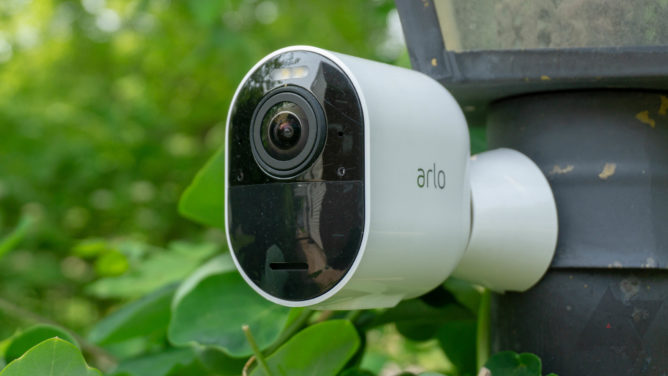 There were issues with reliability at launch, but software updates seem to have cleared that up. The updates don't do anything to fix the price, though. $400 for a single camera kit is a serious investment, and most people will want more than one camera to cover their home. The plans are also less generous on the Ultra than on other Arlo devices. For most people, a cheaper wired camera is a better deal. If you need wireless and not 4K, the Arlo Pro and Pro 2 are still good devices.

You need the highest quality video possible in a location where it's impractical to run a cable.

You can make do with a lower resolution security camera or have a nearby power outlet.