If you're liking the look of a smart home, you might appreciate the color that Philips's Hue brand is providing with its light bulbs, lamps, and dimmer switches. But the company is apparently looking to expand beyond what it is offering this fall with a series of new fixtures, smart plugs, and Edison-style light bulbs.

iCulture is reporting that Philips will debut the fresh roster between September and October.

The centerpiece is the first Hue-brand smart plug that will work with Amazon Alexa, Google Assistant, and Apple HomeKit. It is unknown if the smart plug will require the Hue Bridge in order to function fully, but it opens up the smart appliance universe for the ecosystem. It's expected to be competitively priced at around 30 euros and announced at IFA Berlin starting September 6.

Philips is also due to introduce a trio of exposed filament light bulbs that should give off a similar appearance to older incandescent bulbs while also working with Bluetooth as well as the Zigbee platform — bypassing the need for a Bridge. They will come in a small (E27), large (G93), and elongated (ST19) shapes and cost between 20 euros and 30 euros apiece. 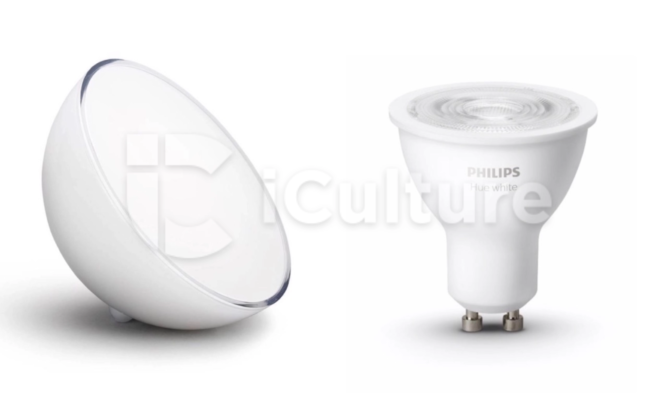 Certain existing bulb models such as the Hue Go, Candle E14 and the White Ambiance GU10 will also be re-released with tweaked designs and Bluetooth support later this year. Several lighting arrays and integrated lighting products are also due to get the push for autumn, costing anywhere from 90 euros to 150 euros.

If the information here holds true, we'll keep track of how the roll-out will be reflected in the U.S. market.