If you are on Google Fi and you're unable to place a call right now, you aren't alone. Widespread reports indicate that Fi subscribers are unable to place or receive calls via their cellular connection, though SMS, data, and Wi-Fi calling services appear to be unaffected. We can independently confirm that calls placed over Fi are failing. 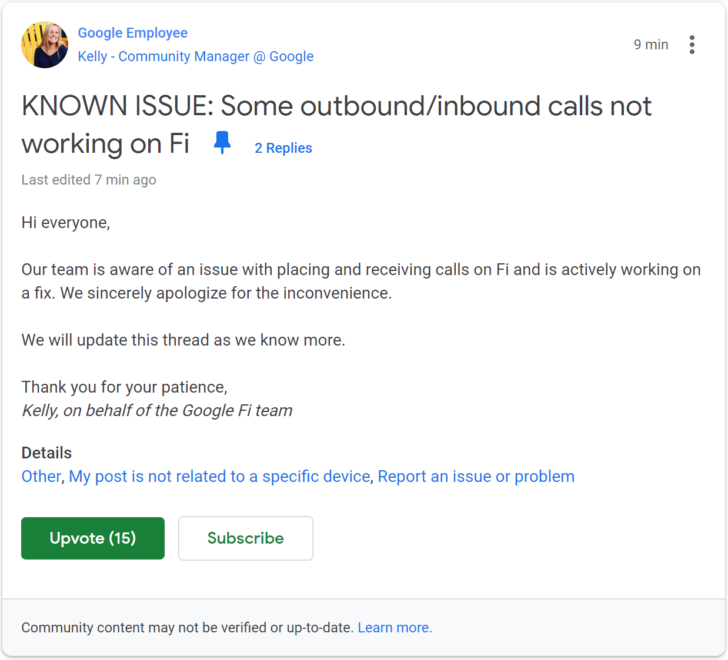 A statement was provided by a Google representative on the Fi Product Forums, indicating that Google is aware of the issue and actively working on a fix. Known Google Fi Product Expert dmziggy on Reddit provided the following workaround in the meantime:

You can work around this for now using hangouts.

Make sure you turn this setting off once the outage is over to ensure you don't get double rings.

This should allow you to make and receive calls over data via Hangouts while Fi is down.

Other Google services don't seem to be affected, as in yesterday's mass Google service outage. Things appear to be limited to Fi for the time being.

Reports are starting to come in that the issue has been fixed, though Google hasn't updated the corresponding thread on the Fi Product Forums yet.

The issue has been officially resolved, according to a statement issued on the Fi Product Forums: 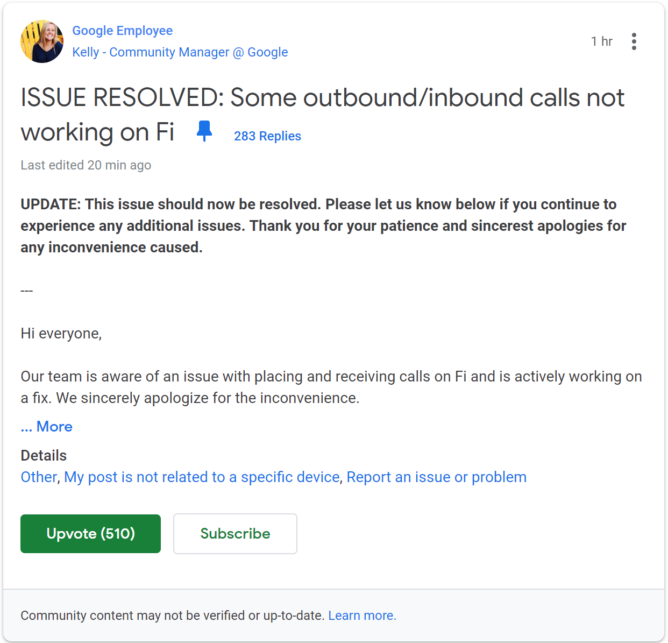 Hopefully, Google Fi subscribers that were affected by this issue didn't miss any important calls.

If you had set up for calls to arrive via Hangouts, be sure to turn off the associated incoming call setting (Settings -> (Your Fi Account) -> Google Fi Calls & SMS -> Incoming Calls (On) back off, or you'll risk duplicate rings.