Wonder Boy: The Dragon’s Trap is a remake of the 1989 Master System platformer Wonder Boy III: The Dragon's Trap. The developer Lizardcube has announced that the title will be coming to Android on May 30th. Once the game is launched, you'll be able to pick it up for $8.99, though if you'd like to save 30% off the retail price, you can pre-register on the Play Store to receive that discount.

There's no denying that this remake looks fantastic, thanks to its gorgeous hand-drawn graphics. Reviews for the console and PC edition have remained positive since its launch, so unless the Android port takes a wrong turn somewhere, this is looking like a notable release for any fan of classic platforming action.

The gameplay of this remake has been reverse engineered from the original Master System version, and you can switch back and forth between the new hand-drawn graphics and the older 8-bit graphics. The story revolves around an adventurer that's afflicted with a curse. In order to remove this curse, the player must journey through an assortment of lands in search of dragons. Once these dragons are defeated, the curse will be lifted. Along the way, your character will unlock a few different animal forms that will be helpful in defeating the game's many enemies, which is an enjoyable mechanic that keeps the gameplay evolving as you progress.

Wonder Boy: The Dragon’s Trap will land on Android as a premium release, which means no in-app purchases are expected. Bluetooth controller support should also be included, as well as Shield TV support.

Wonder Boy: The Dragon’s Trap should appeal to fans of classic platformers, and thanks to its graphics swapping feature you can enjoy the game in its original 8-bit form or the newly-polished hand-drawn version. The inclusion of controller support is also very welcome, as this can be a challenging title, plus it will be nice to sit back and enjoy the game on the Shield TV, which should be more fitting for those that prefer a console experience. All in all the Android release of Wonder Boy: The Dragon’s Trap sounds like it is shaping up to be a solid port, so make sure to keep an eye out for its official Play Store release on May 30th. 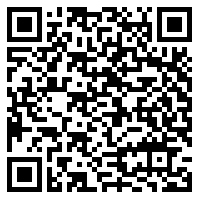 Dotemu Bringing Modernised Classic Wonder Boy: The Dragon’s Trap to iOS and Android on May 30th

Publisher and retro masters Dotemu and Playdigious today announce Wonder Boy: The Dragon’s Trap, the critically acclaimed re-imagining of Westone and SEGA’s cult classic adventure, will invite mobile gamers into its breathtaking hand-drawn world on May 30th, on iOS and Android devices, as well as the Nvidia Shield, for £7.49. Those who pre-register via the Google Play Store will be notified via email to receive a whopping 30 percent discount when the game is available.

The mobile adaptation will offer the full premium experience of one of this generation’s most warmly received remakes by fans and critics alike. Redesigned for PC and console in 2017 by Lizardcube, the game has been optimised by development studio Playdigious for mobile, including the iPhone X to best present its gorgeous, fluid depiction of Monster Land’s charming environments and menacing baddies. Wonder Boy: The Dragon’s Trap features the same beautiful hand-drawn animation from its PC and console counterparts, bringing every moment within its vibrant world to life, as shown in this new trailer showcasing handheld gameplay:

Wonder Boy: The Dragon’s Trap’s mobile version has been adjusted for touchscreens and will allow players to enjoy the action platformer on the go. Each of the remake’s highly lauded additions will be present, allowing fans to switch between classic and remastered visuals and audio on the fly, enter retro passwords discovered from the original 1989 release, and experience the playable debut of Wonder Girl.
For more information on Wonder Boy: The Dragon’s Trap on mobile, be sure to follow @Dotemu on Twitter and visit the official site: http://www.TheDragonsTrap.com/.

About Dotemu
Dotemu is a french video game company specialising in modern releases of beloved retro games. Our mission is simple: give every gamer access to yesteryear’s classic video games on today's platforms, including PC, mobile, console and more. Working alongside the world’s most cherished and recognised publishers, the Dotemu team has produced a number of global top-sellers across both PC and console, including Wonder Boy: The Dragon’s Trap, Windjammers 1 and 2, Streets of Rage 4, several games in the Ys series and more.

Founded in 2007, Dotemu leverages its considerable technological know-how to maintain the original spirit of classic games while giving them a second life as rediscovered gems for a new generation of gamers.

About Playdigious
Based near Paris, France, Playdigious is a publisher founded in 2015 with in-house porting capacity currently working on high quality indie games on mobile and soon on additional platforms. We thrive to provide gamers with quality indie titles that stand out in terms of graphics, story and gameplay.

Wonder Boy: The Dragon’s Trap is officially available on the Play Store

It was previously announced that Wonder Boy: The Dragon would be coming to the Play Store on May 30th, and lo and behold the developer has delivered. Typically, the game will retail for $9.99 on the Play Store, but it's currently on sale for $6.99 in celebration of its launch, so if you want to pick up this gorgeous platformer at a discount, you should probably do so sometime soon. As previously mentioned, this is a premium release, which means there are no advertisements or in-app purchases included. Physical controllers are supported out of the box, and the title is indeed compatible with the Shield TV, which makes this the perfect platformer to play on the couch.

Wonder Boy: The Dragon's Trap is available on iOS, Android and Nvidia Shield

- The cult title of SEGA comes with a new trailer -

Dotemu and Playdigious retro specialists announce the release of Wonder Boy: The Dragon's Trap on mobile today. This new vision of the legendary Westone and SEGA RPG is available on iOS and Android , as well as on Nvidia Shield for $ 8.99.

Players who pre-ordered the game on the Google Play Store get 30% off.

Redesigned from the ground up by Lizardcube on PC and consoles in 2017, the cult game of 1989 is worn by one of the great specialists of the genre, Playdigious, on behalf of the retro specialist DotEmu. Particularly well received by the public as criticism and sold more than 500,000 copies on PC and consoles, it retains all its aesthetic charm and playful mobile.

This version of Wonder Boy: The Dragon's Trap always has breathtaking animations made by hand, exceptional environments and threatening creatures that spoil every nook, not to mention its many playable characters and its unusual path to the world. 'time. Monster Land is more resplendent than ever.

It is always possible to find, on the fly, the graphics and the soundtrack of origin, to dive back into the past as to embrace the excellent work done by Lizardcube and Playdigious. All the novelties of the remake are obviously present in this mobile version - secrets and bonuses, new playable character - which also has controls perfectly adapted to the touch, and the famous password system that made the reputation of the original game thirty years ago. No concessions have been made to allow everyone to live this unforgettable adventure wherever they want.

All information about Wonder Boy: Dragon's Trap on mobile is on Twitter @Dotemu and on the official game site http://www.TheDragonsTrap.com/ .

About Dotemu:
Dotemu is a French video game publishing and development company specializing in modern retro games releases. Our mission is simple: to give all players the opportunity to access the great classics of video games on today's platforms, such as PC, mobile, consoles etc. Working alongside the most famous and recognized publishers, the Dotemu team has produced a number of great hits on PCs and consoles, including Wonder Boy: The Dragon's Trap, Windjammers 1 and 2, Streets of Rage 4 and several games of the Ys series, among others.

Created in 2007, Dotemu capitalizes on its exceptional technical know-how to keep intact the spirit of video game classics while giving them a second youth for a new generation of players.

About Playdigious
Playdigious is a video game publisher based near Paris, France, which has been operating since 2015. It has a quality home-based solution for carrying independent games on mobile, and soon on other media. We strive to provide high quality independent games to players who stand out for their graphics, story and gameplay.

[Update: Out now] Warhammer: Chaos & Conquest is available for pre-registration