The real-time massively-multiplayer strategy game Warhammer: Chaos & Conquest was published as a soft-launch beta title in the Philippines this past November. Now that a few months of testing have passed it would appear that the official Android launch is nearing. You can now pre-register for Warhammer: Chaos & Conquest on the Play Store as well as the official website.

If you take a look at the trailer linked above, you'll notice that the few quick flashes that actually show the game in action resemble the stylings and gameplay of the monumentally popular strategy game Game of War. And if there is still any question that Warhammer: Chaos & Conquest is going to be a Game of War clone, just read through the Play Store description. Apparently, you can expect to collect heroes comprised of demons and soldiers that can then be used to destroy your enemies. You'll also be tasked with researching skills for your heroes by building structures that can help with that research, and of course, there will be many more buildings available that'll be useful for raising your defenses.

Warhammer: Chaos & Conquest will most likely release as a free-to-play title, and it will probably include in-app purchases. The prices for these IAPs has not been made public as of yet, but I think we can all safely assume how poorly this title will be monetized by taking a quick look at the screenshots below. The screen on the very right shows a lot of items with timers attached, including a timed loot box. 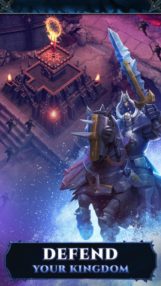 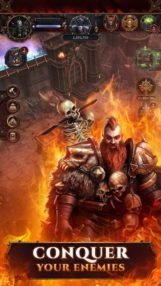 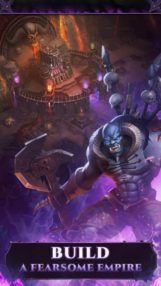 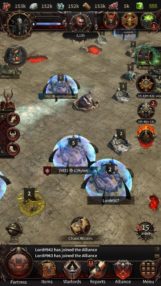 If you enjoy the lore of the Warhammer universe, then you may want to check out Warhammer: Chaos & Conquest despite how much it looks like a copy of Game of War. There are already plenty of similar clones available on the Play Store, but the majority don't have the deep history of a long-running franchise to pull from. So if you're a fan of the Warhammer universe or are merely looking for a new Game of War clone to Play through, go ahead and click on that pre-registration button below to ensure you'll be notified when Warhammer: Chaos & Conquest is officially available. 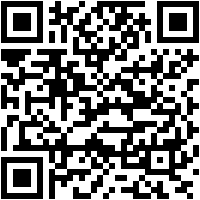 Warhammer: Chaos & Conquest is officially available on the Play Store

We already knew that the real-time strategy game Warhammer: Chaos & Conquest would be coming to Android sometime soon, thanks to the recent pre-registration listing that went live in February. Well, it would appear that the game is ready for the masses as Tilting Point has officially launched Warhammer: Chaos & Conquest on the Google Play Store. As predicted, it's a free-to-play release that does indeed contain in-app purchases that conveniently range all the way up to $99.99 per item. The gameplay largely resembles that of any FTP kingdom builder, so if you enjoy titles like Game of War but would prefer a Warhammer skin, you should feel right at home with Warhammer: Chaos & Conquest.

NEW YORK-- May 30, 2019 -- Tilting Point, in partnership with Games Workshop and Hunted Cow has launched its epic massively-multiplayer real-time strategy game, Warhammer: Chaos & Conquest. Set in the beloved world of Warhammer Fantasy Battles, the game allows players to construct an imposing stronghold, lead a powerful horde and dominate foes as they spread Chaos across the Old World. Those who wish to embark on a journey to become the ultimate Chaos Lord can do so now by downloading Warhammer: Chaos & Conquest for free on Android and iOS devices.

To conquer the Empire of Man, Warhammer: Chaos & Conquest players must command a terrifying warband that they can bolster by collecting mighty Daemons and Warriors of Chaos. The best commanders will be able to smash the defenses of their foes using cunning strategy to overwhelm a wide variety of forces. A great Chaos Lord can expand their military and unholy might by researching skills and building structures, including Chaos Temples, Warlord Conclaves, Hell Cannons and much more.

"After an immensely successful relationship working together on Operation: New Earth, it made perfect sense for us to partner with Hunted Cow for our first co-development project, Warhammer: Chaos and Conquest, based on Games Workshop’s beloved legacy franchise," said Samir El-Agili, president of Tilting Point. "The team's passion and commitment to creating an authentic Warhammer experience is immensely prevalent throughout Chaos & Conquest, and we're excited for new and longtime fans to experience the results of our collaboration."

Warhammer: Chaos & Conquest features fan-favorite Warhammer Fantasy locations for players to pillage, including the Chaos Wastes, Norsca, Troll Country and the Empire of Man. Players will pledge themselves to the Chaos Gods of Warhammer fantasy (Khorne, Nurgle, Tzeentch, and Slaanesh) by building temples and crushing foes with classic Warhammer units: Marauders, Forsaken and Chaos Warriors.

“As longtime fans, our main focus with Warhammer: Chaos & Conquest was to not only create a standalone mobile game, but also one that encapsulates all the familiar and recognizable elements that make Warhammer special,” said John Stewart, COO of Hunted Cow. “We’re thrilled to finally put the game in the hands of players and watch them journey their way through the dark Warhammer Fantasy Old World.”

In addition to iconic lands, characters and lore from Warhammer Fantasy Battles, Warhammer: Chaos & Conquest allows up to 50 players to defend and support each other in PvE battles - or engage in PvP combat - coordinate the conquest of landmarks important to the Empire and share the spoils of war. Not all encounters will be friendly. Players can choose to lay siege to each other in an effort to undermine others’ plans of conquest to benefit themselves.

“Chaos & Conquest has been crafted with a genuine passion for the Warhammer brand and a deep understanding of what makes games fun and engaging." said Jon Gillard of Games Workshop. "It’s an absolute pleasure to be working with Tilting Point and Hunted Cow as they apply their insightful commercial and creative expertise whilst faithfully building on the Warhammer franchise's legacy.”

A true conqueror is never done, and players in Warhammer: Chaos & Conquest will continue to host ongoing special events and daily quests, such as conquering the roaming warbands of other Warhammer Fantasy factions, including Greenskins, Beastmen and Dwarfs.

For more information on Warhammer: Chaos & Conquest, players can visit http://www.chaosandconquest.com/ and the official Twitter and Facebook pages.

About Games Workshop
Games Workshop® Group PLC (LSE:GAW.L), based in Nottingham, UK, produces the best fantasy miniatures in the world. Games Workshop designs, manufactures, retails, and distributes its range of Warhammer®: Age of Sigmar® and Warhammer® 40,000® games, miniature soldiers, novels and model kits through more than 507 of its own stores (branded Games Workshop® or Warhammer®), the www.games-workshop.com web store and independent retail channels in more than 50 countries worldwide. More information about Games Workshop and its other, related, brands and product ranges (including our publishing division ‘Black Library’ and our special resin miniatures studio ‘Forge World’) can be found at www.games-workshop.com.

[Update: Officially available] Wonder Boy: The Dragon’s Trap is coming to Android on May 30, ...