The engineer continued to explain that Google has come to this conclusion after a thorough analysis of sent-in bug reports and internal tests, and only then it was clear that there weren't any issues with the software. Luckily, the team also found some unspecified unrelated performance problems while working through the reports. The fixes for these should already be rolling out to Pixel users as we speak.

Now, why haven't we written about this earlier, back when the Reddit post first gained traction? The reason is that our team was divided on the performance gains, with some (including myself) falling for the hype, while others said they didn't notice any differences. Artem has also been in contact with a Google engineer who has maintained it's all likely placebo, which is why we wanted to wait for the company to post about the issue publicly.

You also have to keep in mind that there's actually no way to get rid of Digital Wellbeing entirely on Pixels. You can't disable the APK itself, you can only force stop it, and when you try to turn off usage access, you'll see that the app still continues monitoring you. It plainly states: "If you turn usage access back on, Digital Wellbeing will show the last 10 days of usage data from your device's storage." 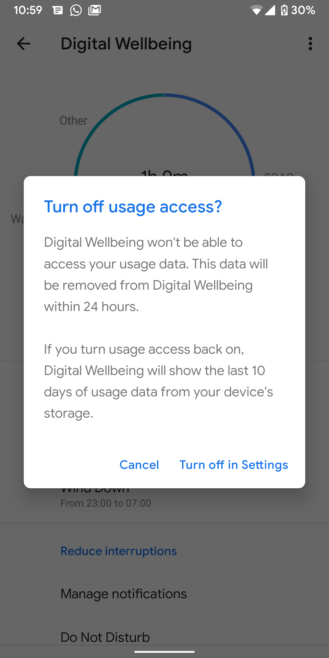 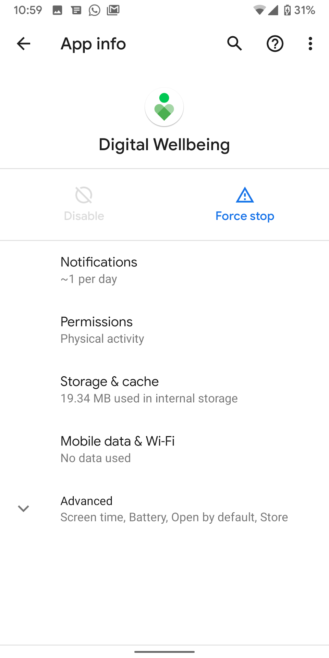 Still, I find it odd that so many people reported the performance gains – but then again, nobody posted a side-by-side comparison of activated and deactivated Digital Wellbeing, so there was never bullet-proof evidence in the first place. In that sense, you may go ahead and continue controlling your phone usage with Google's app without worrying about it making your device even less pleasant to use than intended.