If you've been looking to pick up a few microSD cards, today is the day of the week to do it: Amazon has opened up its Gold Box and is featuring sales on a few SanDisk microSD cards and a lot of savings to pass around, whether you need 200GB or 512GB.

To start with, we've got the SanDisk Ultra 200GB microSD card at UHS Speed Class 1 and an A1 rating. In raw numbers, it's advertised with a peak transfer speed of 100MB per second — it'll get you by if you're dealing with moving around, watching, or recording video at 1080p resolution. A year ago, this card would've still commanded more than $60. Nowadays, it's settled around $35 on Amazon. For today only, though, it's at $25. 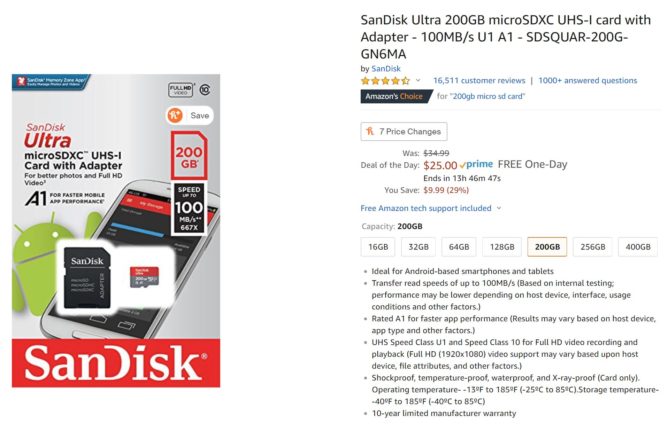 Taking our next step, we've got a SanDisk Extreme 256GB microSD card at UHS Speed Class 3. It's rated A2 as well as V30, meaning that it can handle 4K footage at a record speed of 30MB/sec, with a peak transfer speed of 160MB/sec. This card has climbed down from $150 in 9 months to $55 just last week. It's available today for $43. 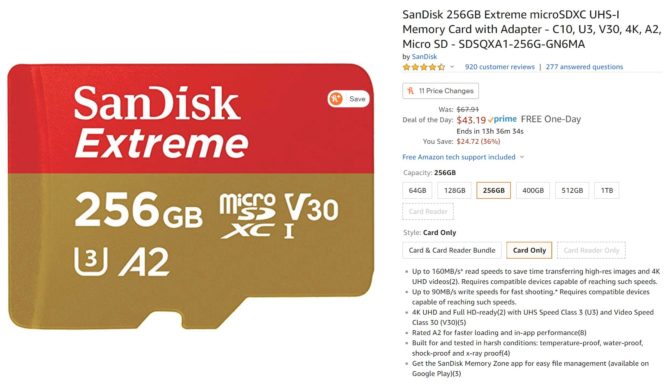 Doubling up from there, the SanDisk Extreme 512GB is similarly specced at UHS Speed Class 3 and V30. It retails for $200 on a good day, but since today is better than a good day, it's only $140 right now. 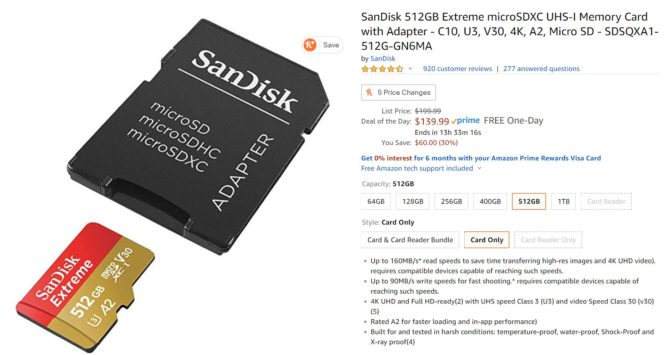 All of these cards come with free one-day shipping for Amazon Prime subscribers. These and other hard drive deals from Western Digital, which you can access here, expire at midnight PDT. Alternatively, you can get the 200GB, 256GB, and 512GB cards at Adorama for the same price, again, today only.