Android Q is the first version of our favorite OS that comes with built-in support for a dark mode. However, there aren't yet a ton of apps supporting the automatic theme switch that should allow people to change their interfaces' colors with one tap. Thus, Android Q has an option to "override-force-dark," which just takes white interfaces and tries to reverse colors intelligently. Now, another dark theme has surfaced that will probably turn out to be a bug – let's call it "alternative dark mode." It only differs slightly from override-force-dark and looks like the bastard child of this one and the regular dark mode. 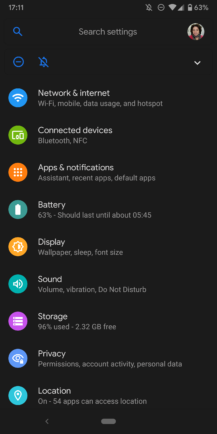 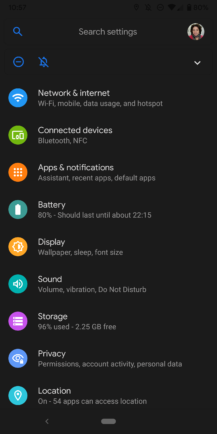 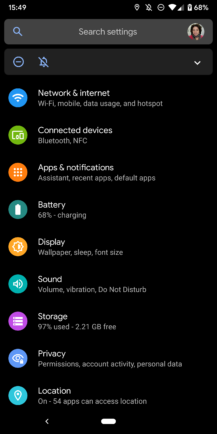 The first hurdle already lies in activating this alternative theme. To do that, you need to follow these exact steps. First, turn off regular dark mode (if enabled) and reboot your phone. Then, toggle the override-dark-mode option in developer settings and restart the settings app. This will force all apps into the override-dark-mode color scheme. However, if you enable this alternative mode without restarting your phone, this hack won't work. 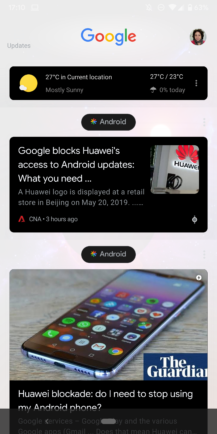 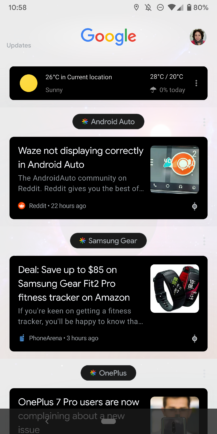 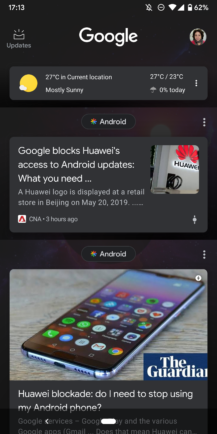 The discover feed looks broken on both the alternative dark theme and override-force-dark.

The most significant visual difference between the built-in regular dark theme and the alternative mode is the fact that colors aren't dulled out for icons and toggles. The newly discovered option also uses dark grey (1b1b1b) instead of pure black in many places, such as the notification shade (see the very first screenshot).

In other places, the differences between the two modes are far bigger, but in those instances, the alternative mode and the force-dark mode remain very similar. The Assistant interface looks almost identical on both, and there is barely any difference to note between the two on the home screen. 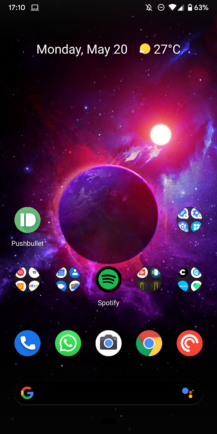 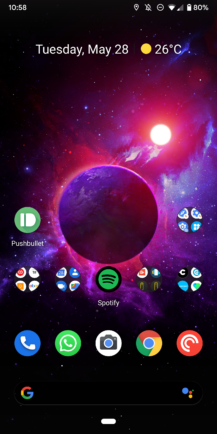 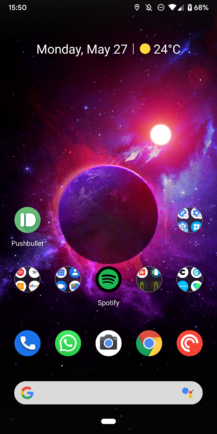 As you can see, there's barely any difference between the alternative mode and override-force-dark on the home screen.

As you can probably judge from the overly complicated activation process, this whole alternative theme is not production-ready and most likely not meant for our eyes in the first place. I dare to say that this mode is a bug originating from regular dark mode and override-force-dark being merged together through some weird problems. 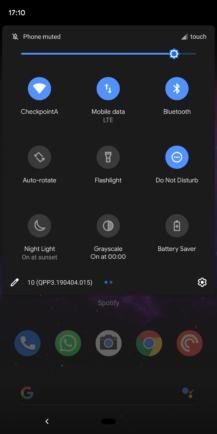 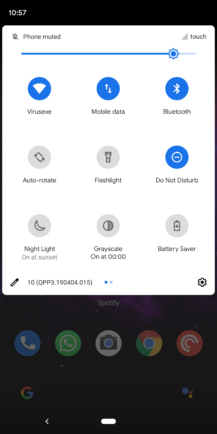 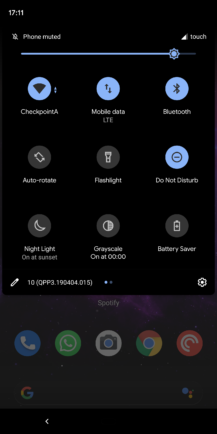 The alternative dark mode differs mainly from the override one with its dark-colored Quick Settings.

Still, it's yet another version of Android's approach to an interface that's easy on the eyes at night. So what do you think? Do you prefer the regular dark mode, or would you rather want to see this alternative dark theme as the default option on Android? Or are you a fan of override-force-dark? Let us know in the comments.

Chrome tests larger Duet bottom bar with labels, but you can disable it