Being a Google app, Photos comes with a powerful search feature that doesn't even require you to sort your pictures. Indeed, you just need to type the location and people you're looking for, and the engine will bring up corresponding items in a breeze. Nevertheless, if you're still an organization-freak like me and like to order your photos into albums, the app has you covered with a new feature that is rolling out to some users. 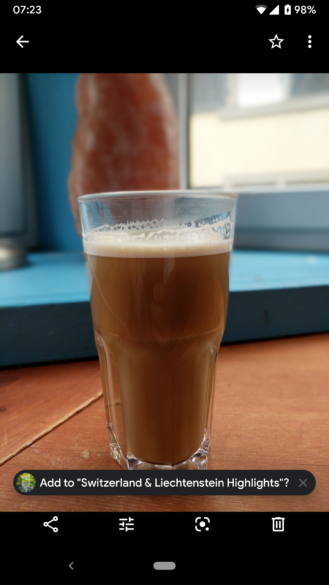 One of our tipsters has noticed a prompt is now appearing on some pictures to suggest adding them to a pre-existing album. It's unclear whether the app is recommending to take this action by comparing the locations and dates of the files, or whether it's simply doing so because shots were recently added to an album. We've tried reproducing this but haven't been able to get the same card to appear. It could be that Google is gradually rolling out this feature through a server-side update like it usually does. We'll update you when this becomes more widely available.