Anytime you open Google Maps, you land on a nice overview of where you are and an Explore tab that helps you find nearby places and see restaurants, events, and attractions around you. Moving around the map and using that same tab is also helpful when trying to plan for a short day-trip, a weekend getaway, or a long vacation. But Google Maps is working on speeding up the discovery of surrounding places even more by offering additional search shortcuts.

Currently, you get four icons in the Explore tab, one of which is dedicated to opening up the more detailed category picker. That leaves three, with one almost always dedicated to restaurants and the other two rotating between bars, coffee shops, events, and attractions.

With the new UI, the icons are doubled, so you'll have seven quick shortcuts at your disposal, along with the More button. The different categories won't have to fight for your attention anymore, and there's some space left for other types of places that rarely popped up before, namely hotels and parks. 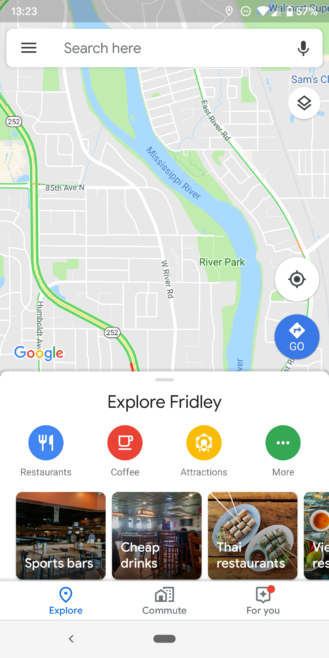 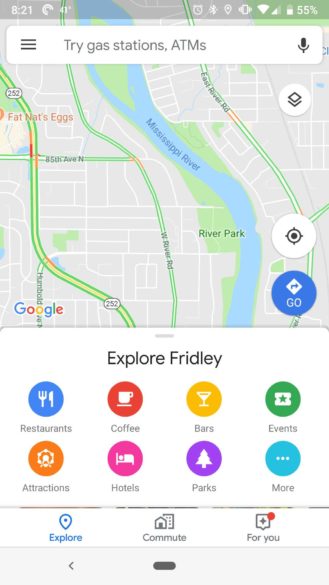 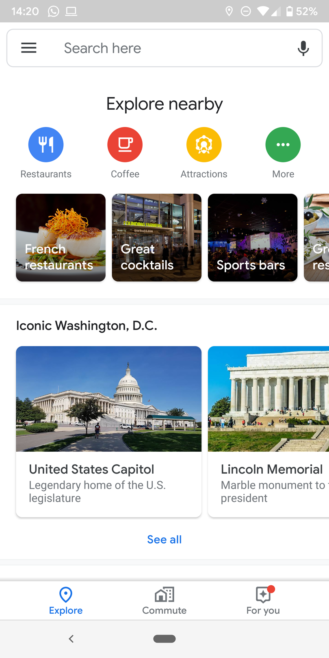 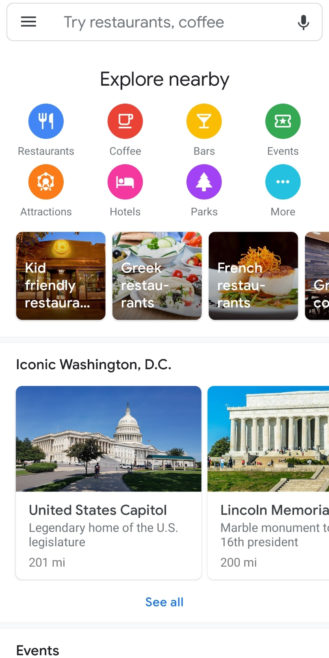 While you can always type "parks" in the search bar, it's nice to have a quick and easy way to access some useful searches. Plus, many users probably never tapped that More icon or knew they could search for a generic "hotel," so this could help with the feature's discoverability in Maps.

You can grab the app from the Play Store through the widget below, or get the latest beta from APK Mirror. However, the feature seems to be rolling out as a server-side test, and isn't dependent on an app version.

Maps appears to be testing another variant of these eight icons, this time showing them on one row. The UI looks very cramped though, with the round icons being cut off on the sides to fit one line, so it could be a bug or a short-term transition before smaller icons pop up. Also, if you look at the two screenshots below, you'll notice that the colors are the same but the categories are not. Thanks Himanshu, Samarth, and Bharath!