At the moment, Android's desktop mode is pretty much hidden away from most users as it has to be activated in developer settings followed by an adb command. Once that's done, though, your phone will show you an extended display with floating windows on an external display – but that's about it. You can't add widgets, and the rest of the interface is basically an oversized phone interface (remember Android tablets?). Of course, all of this is work in progress, otherwise Google wouldn't have hidden it away that deep inside the developer settings. 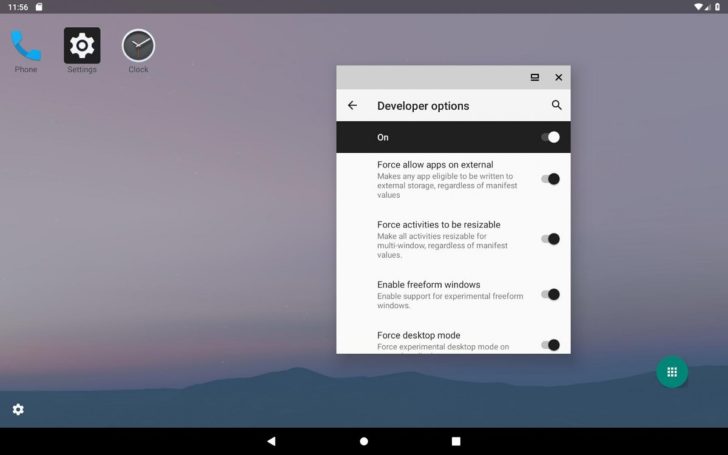 The native desktop mode in Android Q without a launcher.

Daniel Blandford's launcher builds on top of this and extends the basic interface with useful additions. The result looks like a love child between Windows and Chrome OS. There's a taskbar at the bottom that sports a start menu with all installed apps, shortcuts to specific apps, and all kinds of useful status information: notifications, battery level, connectivity, volume, and date and time. The launcher also supports widgets and app shortcuts on the desktop itself, all while accepting mouse, keyboard, and even touch input (should the external screen support that).

In the demo video above, the application already looks and feels pretty polished, although the developer himself says it's an early preview – so we can see this as a proof of concept right now and hope that Google ships desktop support in the final version of Android Q. Otherwise, we won't see any desktop launchers at all in the near future and his work might be for naught.

I, for one, would greet the ability to use my phone as a desktop replacement. It's crazy to think how far we've come in miniaturization of technology, and this is yet another step towards phones being able to replace our classic computers – especially for people who don't need to rely on the raw power of desktop silicon. Plus, through Android's foray into Chrome OS, an ever-growing number of apps should be more or less compatible with resizable windows and mouse and keyboard input.

Daniel Blandford reached out to us to show us another new ability in Android Q's desktop mode and his launcher. You can connect your phone to multiple (two confirmed) displays and use all of them, including your device's integrated screen. Even better, desktops on the external displays aren't duplicated – instead, all of them show their own content. In the screenshot below, Daniel connected his phone to one panel via cable and another via Chromecast. 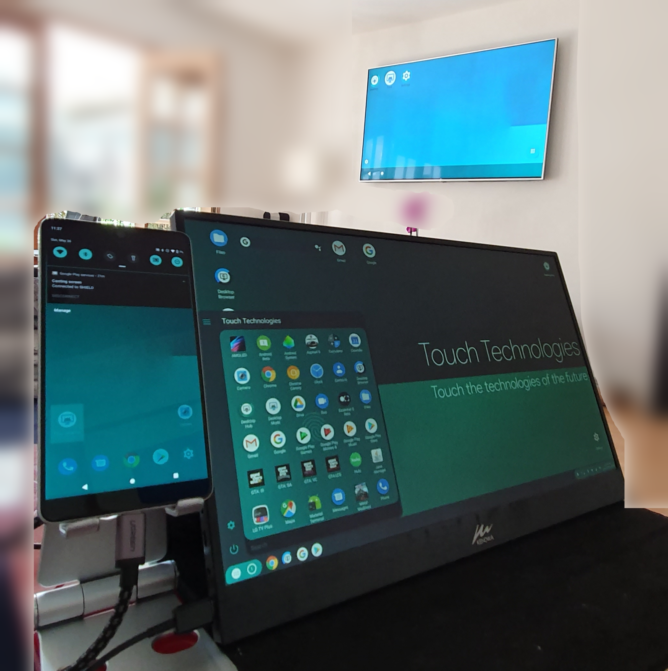