Google released its smart file manager back in 2017 with the purpose of helping people remove junk and clean up their device easily. In addition, the software also has a built-in sharing feature to send files across devices without the need for an Internet connection. The app passed more than 100 million downloads in January, but it seems the number isn't high enough for the company. Indeed, in order to encourage people to use Files, Google is offering up to ₹1,000 that can be used for later purchases. 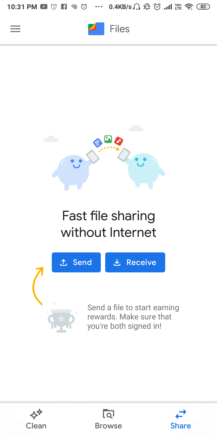 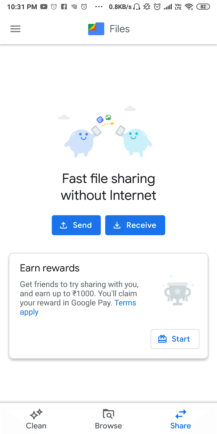 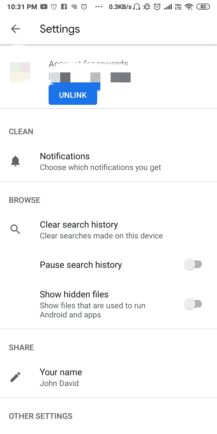 Right from the welcome screen, users are invited to send files to get a reward. For every successful transfer, customers earn a ₹100 prize, which can then be redeemed as Google Pay credit. The offer is limited to ten successful transfers, which add up to ₹1,000. However, people have reportedly been able to log out of their account to use another one to claim new rewards, which could potentially lift the limit on how much credit you could get.