PrivatBank, Ukraine's largest bank has rolled out the ability to apply promotional designs to its own Mastercard issues on Apple Pay and Google Pay for users of its Privat24 app.

The bank has gone with covers featuring characters from the upcoming film "X-Men: Dark Phoenix" for its first round of designs and expects to take on more soon. As far as we can tell, customers cannot install their own art for PrivatBank Mastercard cards.

We long for the day when we all will be able to slap on Terry Jeffords's face onto the payment cards inside our phones, so we'll be tracking down the spread of custom card art on Google Pay as more banks support it (we hope). Until then, we'll just have to move to Ukraine. 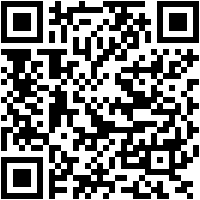 Google may be working on Handoff-style call, clipboard, and Wi-Fi password sharing between ...

Bluetooth could be the surprise assassin of Huawei's smartphone business