Google says that starting May 31, a public pilot for "pay per ride" will be enabled by the MTA in NYC. It will be available on all Staten Island buses and subway stations along the 4, 5, and 6 lines between Grand Central and Atlantic Avenue-Barclays Center. If that specific commute applies to you, it seems like all you'll need to do is tap your phone (without unlocking it or opening Pay) on the terminal, and you'll be able to get through. As far as I can tell, there's no need to buy anything in advance, not even in the Pay app.

In addition to the Pay integration, the MTA is now providing real-time NYC train statuses through Assistant. You can ask "when is the next 5 train arriving?" to estimate if you need to rush to your station or not. It will also give you walking directions, just in case you don't know how to get there. 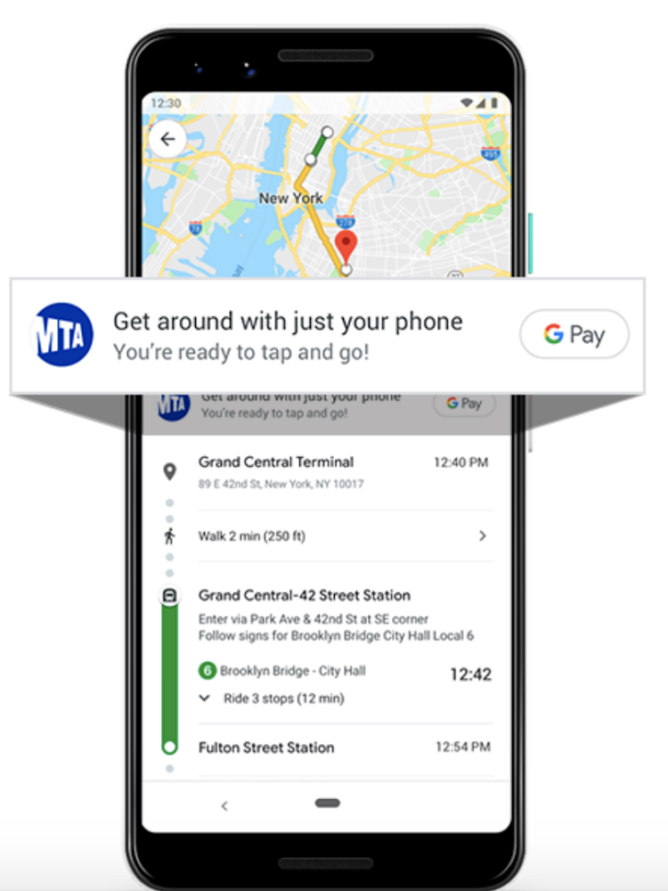 And finally, Google says that Pay-compatible routes will be marked as such when you search for directions in Maps. That way you'll know if you can pay directly with your phone or if you need to prepare beforehand by buying a card. This isn't limited to NYC though, and will roll out to more cities including Melbourne and London in the "next few weeks."

[Update: Back to normal] Google search is not showing recent results right now, which may make ...