There are an incredible number of choices when it comes to smaller capacity batteries, but the selection of big, camping-sized units thins out substantially especially if you want comparatively modern amenities like Type-C charging and output. Anker's new Powerhouse 200 fills a slightly smaller niche than its older Powerhouse 120,000, together with the addition of a more modern connector, but its $350 asking price is too much given the compatibility issues and feature set. This battery is a mix of aluminum, plastic, and rubber construction. A two-part aluminum shell covers most of it, while the front and back are framed by hard rubberized caps. The back panel set inside the rubber is also a single large vent — presumably for exhaust heat — with a barrel-style AC input at the top for charging. The sides are essentially bare excluding a few screws, as is the bottom except for a pair of flat, wide rubber feet.

Anker's Powerhouse 200 keeps all of its outputs on the front, embedded in a plastic face which merges with the rubber cap surrounding it. You get a 12V DC car/cigarette lighter receptacle, two Type-A ports, a Type-C port (which can also be used for charging), and an AC outlet, all resting below a big monochrome LCD display. That screen can tell you the remaining capacity as a percentage and which ports are currently enabled; each group is controlled by the button above it.

If you activate a set of ports by pressing the button, the display will stay on perpetually until something is plugged in, which can result in a slow but steady drain over long periods of time, be careful.

The handle — which is either made of very flexible plastic or a particularly stiff rubber, I can't tell which — is a bit squeaky, but it's more than strong enough to carry the weight of the battery.

I'm honestly a little disappointed at the ~200Wh/57,600mAh capacity. Given the size and the $350 price, I would have expected more, especially considering you can buy two 40,000mAh batteries with AC outlets for less. A smaller 167Wh battery by Jackery with a 100W AC outlet and Type-C compatibility is a mere $140, and another 220Wh, 300W output battery with everything but USB Type-C is just $200, all of which further brings Anker's value into question. Anker steps things up compared to cheaper choices with a pure sine wave output and other improvements, but it doesn't always deliver — more on that later.

Also, note that there isn't a built-in light or any other potential camping/emergency amenities. It's surprisingly bare bones. 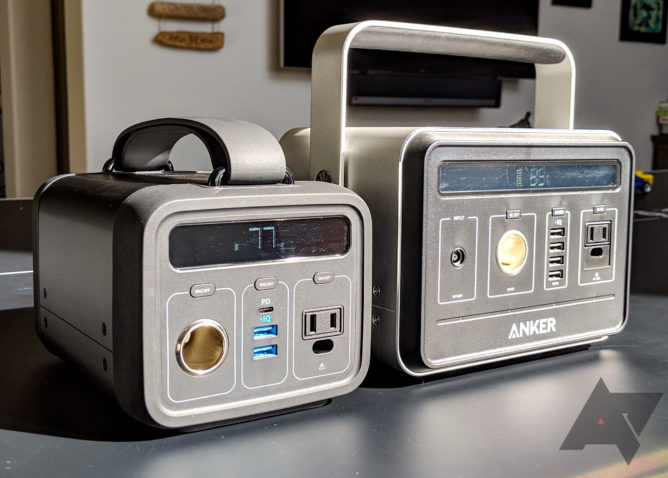 In addition to the battery itself and the expected warranty/information cards, the package includes a 17.6V barrel connector charger, which works with that previously mentioned port on the back of the battery, but you don't have to use it; As I touched on before, the battery accepts a charge over USB Type-C as well. 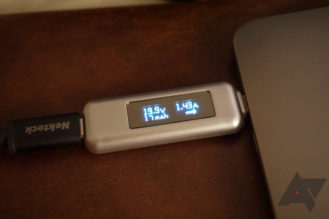 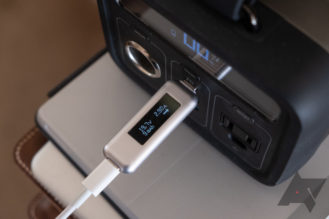 Anker elected not to publish much in the way of specs for the battery on the Amazon listing, though more detailed numbers are available on the company's site itself. Nonetheless, we tested and verified its claims. Overall, the battery meets its advertised ratings, with Type-C output going up to 30W, AC providing up to 100W without issue, and Type-A up to 5V 3A. The AC outlet spat up to 130W for me in testing before tripping internal protection mechanisms. 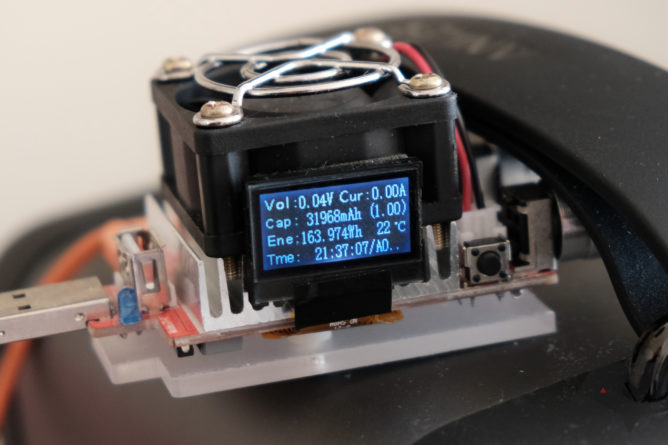 Anker doesn't provide a rating for input over Type-C, but in my testing, the battery was happy to attempt to pull as much as it could up to around 60W (19.8v, 2.86A). With several chargers, it had no problem and would appear to charge consistently, but measuring with my meter, I was able to see it oscillating in amperage wildly, which is a bit odd.

Notably, the battery failed my so-called Pixelbook test, refusing to charge the laptop, which can indicate that some aspect behind the power negotiation in Anker's battery may be broken. The Type-C port worked in my testing with phones and MacBooks, but Chromebooks were hit and miss. I also generally had issues getting the battery's Type-C port to reliably choose to supply power, rather than pull it. Ostensibly pressing the corresponding on/off button on the front switches the bank of ports beneath it into an output mode for the next connection, but that didn't always work.

My own measurements of available power over USB Type-A showed around a 75% efficiency/usable capacity (164Wh measured vs. 218Wh advertised), which is pretty average.

No. If inconsistent USB Type-C/Power Deliver compatibility isn't an issue for you, and you're willing to spend a lot on nice materials, then maybe. But this battery just has too many drawbacks for me to recommend it. Inconsistent performance over USB Type-C can be an issue with devices going forward as OEMs adhere more strictly to spec with time, a single (merely 30W) Type-C port isn't future-proof enough in 2019, the battery is a poor value on a pure capacity to cost basis, and it's missing useful features given its potential applications. 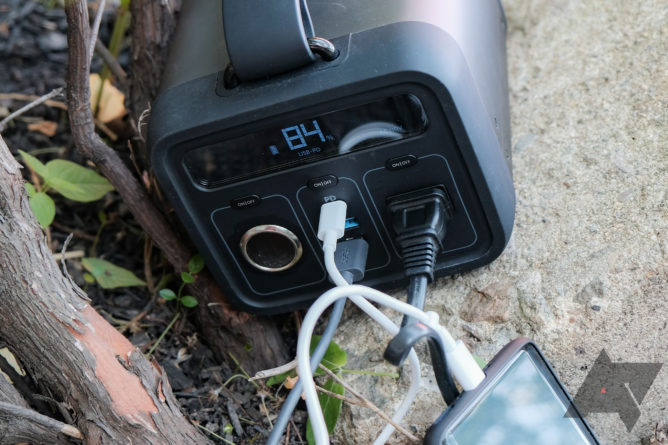 After measuring the high quality of Anker's PowerPort Atom PD1 and its excellent compatibility with even the pickiest of devices, I'm very disappointed by the performance of the Powerhouse 200. For $350 in 2019, the battery really shouldn't have issues with known-good devices that adhere firmly to the PD spec.

For what you get, I think Anker set its price far too high. Closer to $250, this battery would be an okay choice for those willing to make certain compromises, but for $350 I think it's a pass unless its features (and drawbacks) precisely fit your use.