Smart appliance manufacturer Wyze makes very affordable security cameras that do the basics just fine, but have lacked the features bigger names have been promoting on similar products with bigger price tags. But that may be about to change as the company is testing out AI-powered vehicle and people recognition for the Wyze Cam v2 and Wyze Cam Pan.

Tao Yuan, senior technical product manager, posted an in-depth explanation on the company's forums about the recognition feature, which is powered by software from Seattle-based Xnor. 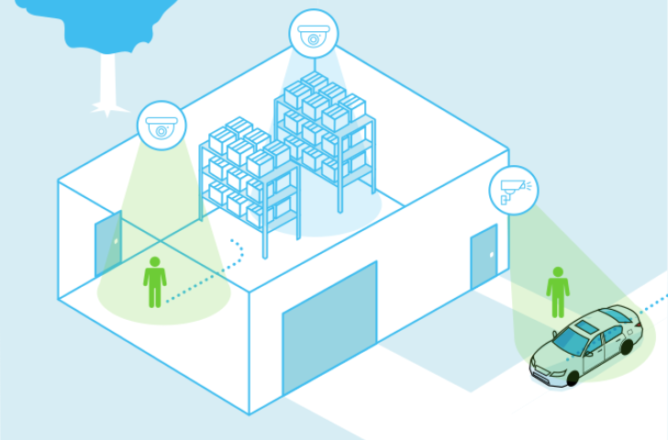 Xnor has a dedicated person and vehicle detector algorithm that runs fantastically on a system with a single Intel Core i5 CPU with no GPU or hardware acceleration, pulling up to 50 video feeds at 30 frames per second. But the challenge comes in miniaturizing that technology for security cameras which come with lightweight processors and limited storage — Wyze programs its algorithm to select a few frames for analysis.

Wyze cameras can generate an event clip based on the detection of people, vehicles, or both. The processing and the clips are all performed and stored locally unless users decide to provide Wyze with their data. Xnor may be able to receive user data shared with Wyze as per Wyze's product privacy statement. 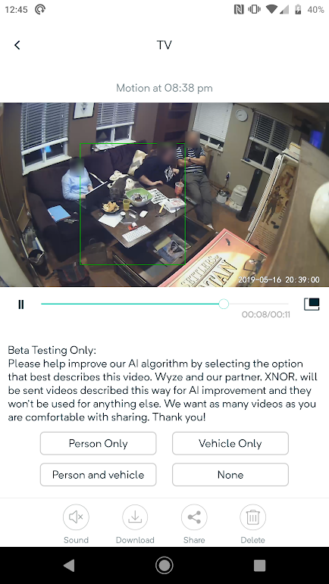 The company has had a lot of help from Beta testers submitting samples from all times of day and with all sorts of people and vehicles — the definition of "vehicle" is limited only to cars, trucks, and buses for now. Thus far, people recognition seems to be coming along faster than vehicle recognition, so the former feature may potentially be pushed to the public version of the app first. Further along the line, you might be able to trigger smart assistant routines or IFTTT triggers based on subject detection.

All in all, it's a complimentary feature for a $20 or $30 piece of kit in a space where bigger names charge north of $100 for a security camera, then tack on a monthly fee for these advanced features. You might get what you pay for, but the pure audacity of working out local AI on a rinky-dink camera shows how far this tech can go. And with Wyze pursuing a weatherproof camera fit for the outdoors, testing AI recognition may be just a part of the roadmap.

You can sign up for the Wyze Beta app for Android or iOS by following the instructions on this page.

Alternate title: Wyze it gotta be so expensive to use AI to detect people or vehicles?

MOBA super-hit League of Legends may be coming to Android, courtesy of Tencent