We all associate the name Mozilla with Firefox and web browsing, but the company has been spreading its wings lately and releasing different kinds of tools. First there was Notes by Firefox, then Lockbox the password manager, followed closely by Firefox Send which shares encrypted files privately. The company now has another tool in beta and, although it has "Firefox" in its name, it's essentially an independent screenshot management tool.

ScreenshotGo's purpose is to help you organize the mess of screenshots you've saved, and search through them by text. I don't know about you, but due to my job here, I take an average of 30 screenshots every day. I often just delete them when I'm done because I can't handle them piling up; plus, it's practically useless to have thousands of them with no way of knowing what is what. Deleting helps tame my organizational compulsion, but it isn't very handy in the long run, as I always have to dig into old Android Police posts when I just want to compare an app side-by-side to see if there's a new UI change, for example.

That's why something like ScreenshotGo seems like a boon for me, and for anyone who has hundreds of unorganized screenshots. I'll take you through it step-by-step to show you what it can do, but the gist is that I'm really considering making it part of my daily routine.

Upon launching ScreenshotGo, you get asked to give the app access to your phone's local storage. It will scour it and find only the screenshot folder. You can use the app like that, taking screenshots as you normally would on your phone, then opening the app to organize and search. Or you can enable the GO button, a floating blue button that takes screenshots immediately. Also available is a notification that pops up each time you grab a screenshot, asking you to sort it in a collection.

Although I like the latter two ideas, I'm not a huge fan of a floating button and permanent notification sticking on my screen, nor am I a fan of having two notifications for each screenshot I snap (the phone's regular one and the app's one for sorting). So after testing these for a bit, I ended up disabling them, but who knows, you may find them useful.

Moving on, the app's main interface is easy to grasp. You get a search bar at the top, a carousel of your five most recent screenshots followed by a button to view all, then your collections including one for all unsorted images. Opening any collection shows them in a three-column grid, and you can tap and hold to multi-select then delete, share, or move those screenshots to another collection.

Browsing through the app's collections and screenshots.

Sorting screenshots is one of the three most appealing reasons to use the app. By default, there are a few collection ideas such as shopping and chat history, but you also get to create your own.

Moving a screenshot to a new collection.

The second reason is searching. Type any word and the app will surface only the screenshots that have it. It obviously uses OCR for that, and seems very, very good at it. In the second screenshot below, you can see that it recognized "androidpolice" from the URL bar and even when it was behind some pop-up windows.

Searching for a specific piece of text in existing screenshots.

And the third reason is copying and searching for text easily. This is obviously reminiscent of both Google Lens and Android Pie's ability to copy text from any page in the app switcher, but it works on any device no matter the brand or firmware version. To use it, open any screenshot inside the app and look for a small blue button on the bottom right. This will show all the text recognized by the app and you can tap any segment to get its transcription. Then select it and copy, search, or share it. Again, the OCR is pretty good here and it was able to recognize text written with weird fonts inside ads too.

Detecting and getting text out of screenshots.

The app is still in beta and is missing a few features: a scrolling screenshot option, quick cropping to remove unwanted parts of a snap that I don't want to litter my search results later, and easily accessible copy and search buttons next to recognized texts in screenshots.

However, it works very well so far. After using it for a while, I find that I like the added value it brings for my screenshot management. It's easy to organize them by app or project for my Android Police work, search through older ones for comparison purposes, or even just find something I had screenshotted for safe keeping. You may have different uses and purposes for screenshots, but no matter what those are, they should be faster and easier to do with sorting and searching tools.

ScreenshotGo was built for the Indonesian market (you can read the story behind it here) and has been available on the Play Store in Indonesia in beta. It has now expanded availability worldwide, seemingly, so you can grab it for free and test it out. It's also up on APK Mirror if you prefer to go that route. 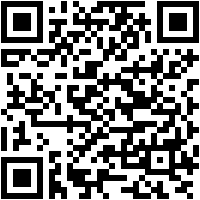