The Play Store description of Pokémon Rumble Rush clearly lists one hand controls where you command your Pokémon as it advances up the screen. This sounds a lot like an on-rails brawler where your Pokémon advances automatically and you simply tap on the screen to attack, and after watching a gameplay video of Pokéland, I'd say that it's safe to assume this is the meat of the game. Of course, collecting and upgrading Pokémon also appears to be a primary mechanic, which isn't unexpected.

The Android release of Pokémon Rumble Rush requires that your device is on Android 4.4 or higher and contains at least a Snapdragon 410. It is clearly a free-to-play title that comes with advertisements as well as in-app purchases. The IAPs range from $0.99 - $24.99, which isn't all that bad considering how easily the collection aspects of the Pokémon license could be abused. 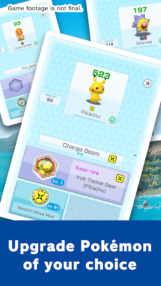 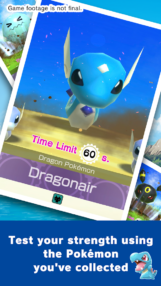 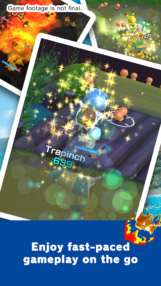 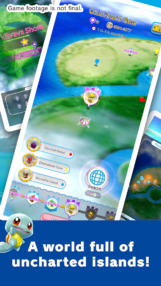 Past the few details I've highlighted, there isn't too much information to go on about the upcoming release of Pokémon Rumble Rush on Android. The western version hasn't even been officially announced, and so far the few blurbs on the game's Japanese site and press release don't go into too much detail. An official launch date is still unknown, though the recent soft launch in Australia could be a sign the game is almost ready. I suppose we'll just have to wait and see as further information is released. Last week's announcement was light on details, and today's global release comes with no announcement at all, which is a little strange. It is apparent that an update was recently pushed out to the title, which brings the game up to version 1.0.3. This update includes a few bug fixes, and thanks to a report by Serebii we also know this update introduces a new bug where you can't tap on ore in the refinery, though luckily there is a workaround where you can delete ore in the waiting area.

If you've been eager to check out the latest Pokémon game to come to Android or simply have a hankering for a free-to-play on-rails brawler, then you're probably going to want to check out Pokémon Rumble Rush posthaste. It may still be early days with bugs in tow, but there is no doubt the game is readily available for the majority of regions across the globe.

Anyone want to spend $8,200 on a gaudy, non-existent Game of Thrones-themed Samsung Galaxy Fold?