When you think of a smartphone costing around $200 to $250, you probably think of a few brands: Nokia, Redmi, Motorola, or perhaps bigger names like Samsung and LG. And you also probably think of the compromises: middling cameras, lackluster LCD displays, slow charging, slow processors, and a generally mediocre experience. But as we all know, Chinese brands have been resetting those expectations - some more than others - and pushed aggressively to bring "flagship" features down to entry-level products. Realme, the budget sub-brand of Oppo, has a new phone called the realme X, and what you get for the cost of entry (around $215 in China) really is hard to believe.

A Snapdragon 710 processor at this price isn't unheard of (realme's Pro 3 offers one for around $200 in India, in fact), but that's really just where the X starts to get your attention. A 6.5" FHD+ OLED (yes, proper OLED) display with shockingly little bezel is where you start to understand this isn't just another fast processor slapped inside a cheap smartphone. This screen looks good - and I don't mean "for $215." In fact, I'm not even sure how realme is managing to sell this phone for so little when you start to add up all of its constituent parts. 4GB of RAM and 64GB of storage are table stakes in the cutthroat premium budget phone world these days, and a 48MP Sony IMX586 rear camera paired with a secondary 5MP camera for depth sensing offer a similar setup to Redmi's Note 7 Pro. But a pop-up 16MP selfie camera to eliminate the display notch? Nobody else has that at anything close to this money. The second-generation in-display fingerprint scanner is another rarity at this price point, and it worked pretty well in my testing. And while the 3765mAh battery isn't by any means the largest in the segment, realme is able to set itself apart with the inclusion of Oppo's ultra-fast, low-heat VOOC charging. Output peaks at 20W, but because it generates so little heat, I've found that in practice VOOC is far faster than its peak wattage alone lets on. 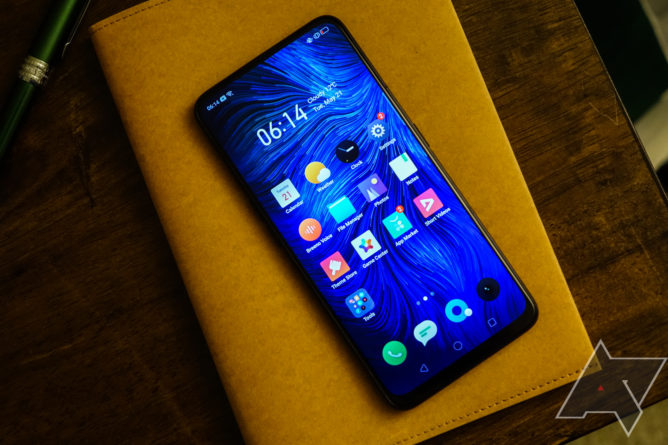 If all of this sounds too good to be true for $215, you're not exactly wrong. This is only the price in China, a market where realme can subsidize the cost of its phone with preloaded apps, services, and on-device ads that simply wouldn't monetize outside that country. But realme says the X could launch in western markets - including the United States. And while it won't say what it would cost, I think even at $300 this phone would be an obscenely good value, nothing would come even close to touching it. There are drawbacks, though.

For one, I can't say Color OS gives me an abundance of confidence - while it is based on Android 9.0, I wonder how many software updates realme intends to provide its phones. It likely enjoys a fair bit of firmware development support from its parent company Oppo, but driving prices so low inevitably means costs get cut somewhere, and realme is a new company with no real track record to evaluate. We simply don't know. Color OS itself is also one of the heaviest of Chinese OEM skins, and while performance has been very, very good on the Vivo and Oppo devices I've used running it, I've still run into occasional odd issues with things like notifications and background task killing on those phones. Given the realme X I was provided also runs the domestic China ROM, I wasn't really able to do much in the way of testing (which is why this is not a review, just a first look), so I can't really provide any updated thoughts on the latest version of Color OS day to day at this point. 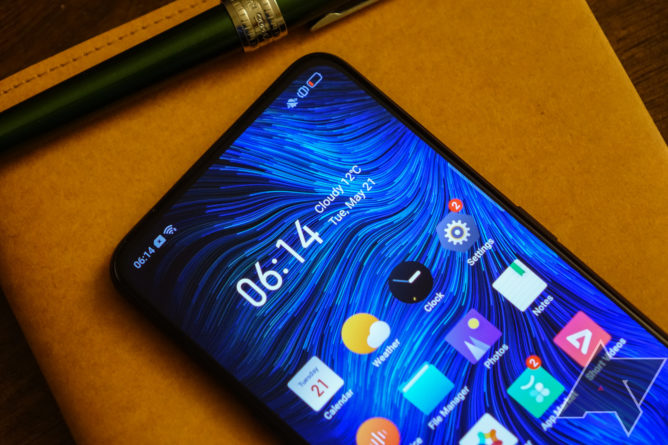 Still, I can't help but be impressed by the realme X as a package. The amount of tech crammed into this ostensibly cheap smartphone is incredible. It brings far more credibility to the "flagship on a budget" conversation than any phone since the Pocophone F1, which in many ways the realme X is demonstrably superior to. Of course, the benefit of time has some part to play there - parts get cheaper, technology advances - but I don't think that explains all of it. This is a powerful, capable smartphone - no asterisks necessary. One that many people using two or three year-old premium phones would probably find legitimately impressive. If realme does bring the X to America (and color me skeptical), I think Moto, Nokia, and Samsung would have some seriously unfavorable comparisons to look forward to. 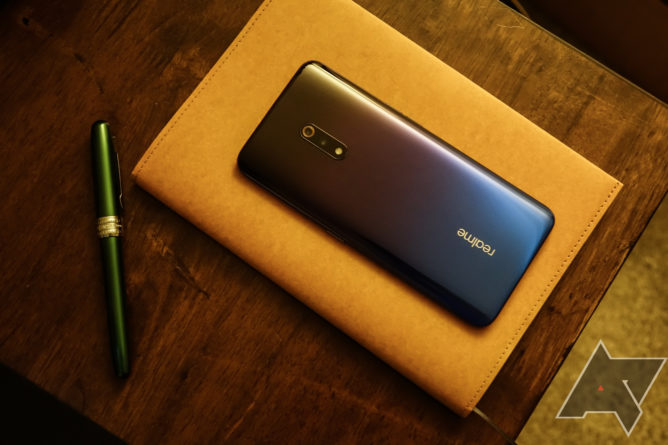 Galaxy S10 5G: Samsung's best phone is one you should not buy

Google Assistant rolls out to several Bose speakers and soundbars