Samsung unveiled its AKG-branded Galaxy Home smart speaker last summer alongside the Galaxy Note9. That speaker still isn't for sale, but it seems like the company might already be planning to expand the Galaxy Home line with what appears to be a smaller smart speaker submitted today for FCC approval.

This yet-unnamed speaker features both Bluetooth and Wi-Fi connectivity, as you'd expect. Samsung calls it an "AI speaker" in its filing, which almost certainly means it packs everyone's favorite ineffectual virtual assistant, Bixby. It has similar design language to the Galaxy Home that's already been announced, with a sort of wine glass-shaped body (this speaker doesn't have any udder-like legs, though; it sits flat). 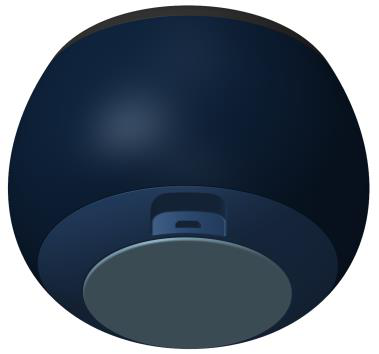 The back and underside of Samsung's new speaker.

There's a port around back that looks like it's microUSB, which would put this speaker somewhere between a Google Home Mini and regular Google Home in size. It could very well be a smaller, more affordable counterpart to the Galaxy Home, filling a similar role to that of the Echo Dot and Google Home Mini in their respective ecosystems. If it's meant to launch with Samsung's already-announced speaker, we'll likely get more details soon.