When we had our first look at Duo's group call, we knew the maximum number of contacts you could add was seven, so this expansion comes as no surprise. Google's Justin Uberti made the announcement on Twitter, and when checking on our phones, both Artem and I noticed that we can add up to seven participants to a group. So this is already live in the app, without the need for an update or new APK. 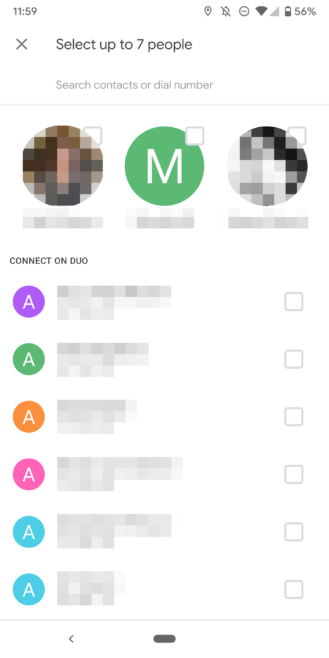 At this point, it is weird that the app is still called Duo, so I suggest we rebrand it to Ocho. It has the same ring to it with a bit of Spanish flair. ¡Olé!

Assistant's context-aware recommendations are live for some in Messages 4.4 [APK Download]