Google's streamlined Bluetooth pairing protocol for Android devices, Fast Pair, is about to support way more devices — not just Chromebooks, as previously promised, but more headphones, earbuds, speakers, and even smartwatches — and get a lot more useful for people who have lost a wireless earbud around the house. The company is also preparing a UI revamp for Bluetooth settings in Android Q.

The changes were announced at a Lightning Session talk during Google I/O this month, but was not streamed nor was it presented in the best ambient conditions. XDA-Developers was able to obtain information about the Bluetooth developments.

As a reminder, Fast Pair is embedded into Google Play services that works with any Android device on version 6.0 Marshmallow or later. However, it requires Bluetooth accessory makers to work with Google so that their products are able to transmit certain Fast Pair identifiers through Bluetooth Low Energy. Android phones and tablets pick up the identifiers and verify the information with Google servers which will subsequently generate a notification that will allow the user to tap and immediately pair with the accessory through regular Bluetooth. But there's a lot more information that these Fast Pair accessories could send to more devices people are using. That's where the changes are coming in.

First off, Google is expanding its partnerships with Bluetooth speaker and headphone makers to make Fast Pair available on that end — Qualcomm's Smart Headset Development Kit supports Fast Pair in its design. For those complaining about the lack of love that Wear OS gets, Google also says Fast Pair is in the works there, too. 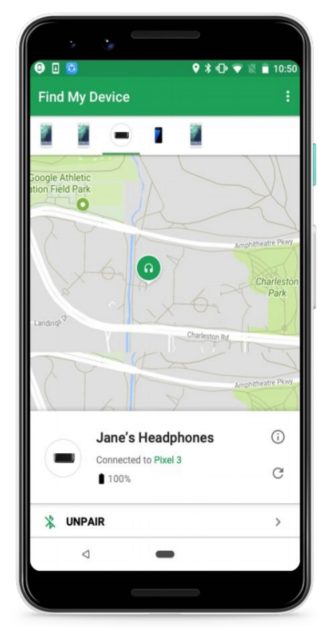 Secondly, phones and tablets will be able to make use of a lot more information coming from these Fast Pair devices as the Find My Device app will be updated with a new "Find My Accessories" interface. As with other devices, users will be able to know the battery level of their Fast Pair accessories and track their latest locations along with when they were last paired. There's also a siren feature to let users look around for that missing wireless earbud that never seems to stay put. 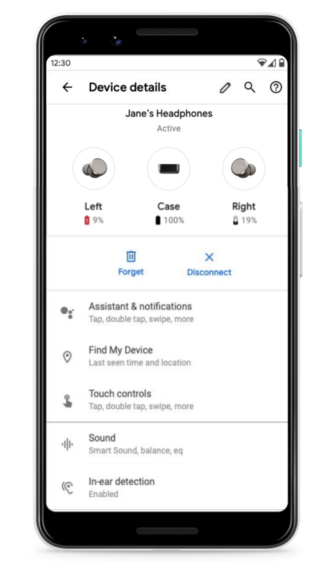 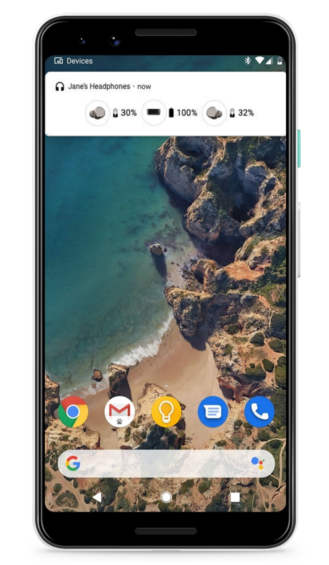 Android Q is also set to take on a new look for its Bluetooth settings page — including pictures and battery readings of connected accessories right at the top along with advanced feature menus like Google Assistant settings, EQ, and play/pause ear detection at the bottom. Also, whenever users connect a Bluetooth device, Android will bring up a notification with battery readings for currently-connected accessories. The design is still a work in progress, so we can't say for certain if and when it will debut.

It's important to note that Google is still encouraging accessory makers to provide companion apps for their products, but that they should also make specialized settings available across Android through its Slices API.

Anker Nebula Capsule II review: This portable projector with Android TV is the one to beat